More than 2,000 four-legged ‘citizens’ were legalized 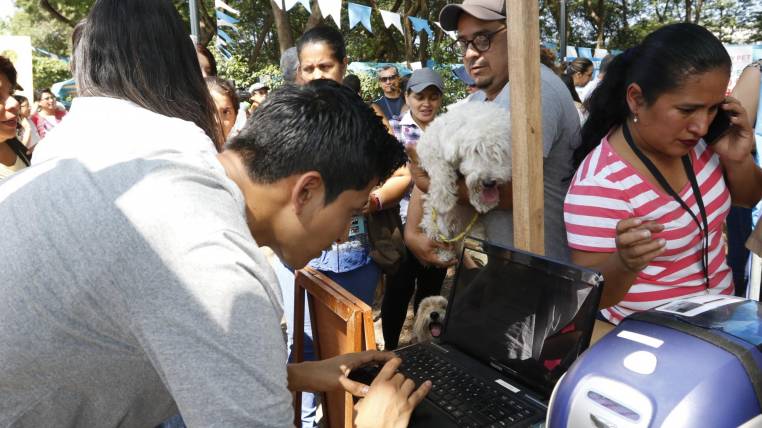 Some very comfortable in the arms of their owners and other restless sniffing the ground, pets waited in the long line to receive their first card of ‘citizenship’.

The ‘civil registry’ for the pets was installed in several tents located at the entrance of the Kennedy North Linear Park, during the ‘Four Paws Fair’, organized by the Municipal Animal Welfare Directorate with the support of Councilman Joshua Sanchez.

The issued card contains information on the name, breed, date of birth, sterilization and identification number of the pet.

Tina Céspedes is the owner of Falco, a mongrel with blond color and quiet behavior, who went to the “cedulación and desparasitación”. “They told us that the card has many benefits, including discount in veterinary care,” she explained.

The owners who finished the process of identifying their pets, took the opportunity to visit the different tents installed at the fair that offered food, medicine, live music, clothing, accessories, free canine training and sterilization.

Lufy is a young and restless chow chow, whose haircut distinguishes him from the other ‘hairy citizens’ . “We take advantage of his abundant fur to turn him into a lion, and now we will get his  own identification,” said Adriana Chasiguasin, owner of Lufy.

“The care and respect for four-legged citizens cannot be left behind,” said Councilman Joshua Sanchez, in a video posted on his Twitter account. (I)