Mosquera recognizes the bribe of Odebrecht 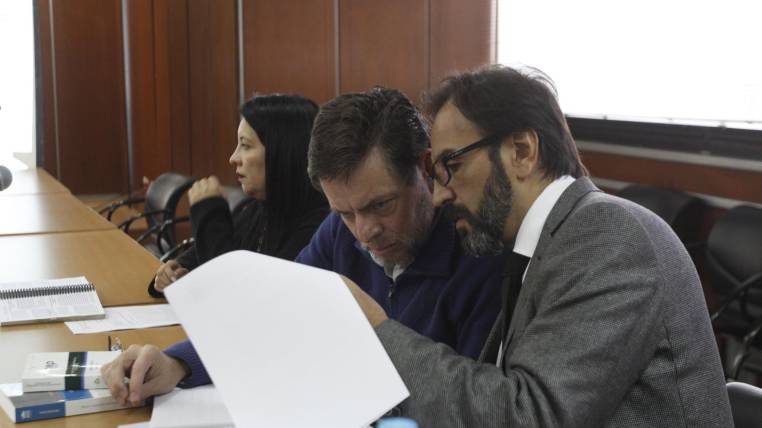 It was not an agreement between private parties as assured by former President Rafael Correa. Alecksey Mosquera, former Minister of Electricity, received bribes from the construction company Odebrecht for the Toachi Pilatón project, but not for a million dollars as the Prosecutor’s Office assures.

His lawyer Pablo Guerrero says it is for much less. The defendant will admit his guilt during the trial and offer apologies, the defender announced. Last year, when Mosquera was arrested for money laundering, former President Correa insisted that the million dollars went to a consultancy that Mosquera did in 2011 and not when he was a minister.

But the international criminal assistance sent by the Principality of Andorra proved otherwise. Odebrecht, through its offshore Kleinfeld, made four transfers in 2008 to the BPA account in Andorra of the offshore Tokyo Traders, of Marcelo Endara, Mosquera’s political uncle, who had the former minister as final beneficiary.

According to the prosecutor Carlos Baca Mancheno, those transfers coincide with the disbursements that Hidro Toapi had to make to the Brazilian construction company for the Toachi Pilatón project. The money remained in the accounts until February 25, 2011, when $ 925,000 was transferred to the Percy Traders offshore account and $ 80,000 to the Endara accounts. Among the witnesses presented by the Prosecutor’s Office was the expert Christian Costa, who made the translation of the document and corroborated the tax accusation.

Declare confessed of the crime that was in force at the time of its commitment could benefit Mosquera, for mitigating. Guerrero said the penalty he could receive would be between two and five years. Mosquera was accused as the perpetrator of the crime. His father Gustavo and his uncle are suspected of being co-authors.

José Guerrero, defender of the first, said he could incur the figure of a covert. Ramiro Albarracín, defender of Endara, reiterated that his client was ‘cheated’ into the accounts. The hearing was suspended after 4:00 pm and will be reinstated today at 11:00.

Laundering: The Alecksey Mosquera trial is the second that is substantiated by the delivery of bribes from Odebrecht to Ecuadorian officials. According to the Department of Justice of the United States, between 2007 and 2016 bribes were handed out in Ecuador for around 33.5 million dollars.

Association: On December 13 of last year, the National Court ruled the first case of bribery of Odebrecht. There were eight convicts, including Vice President Jorge Glas, his uncle Ricardo Rivera and four others who received six years in prison. For the tow them, there were 14 months in prison. (I)

Japan will show the country the potential of its industry