Narcos invade lands to collect drugs in the south of Esmeraldas 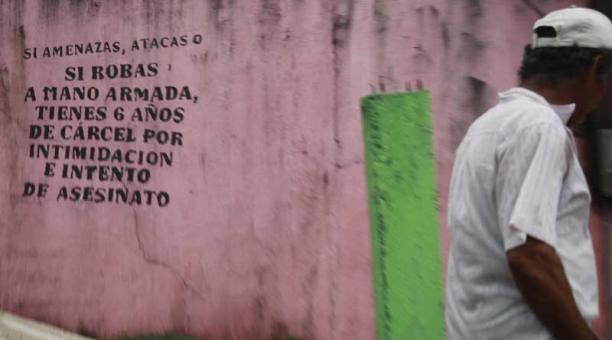 The inhabitants of Quingue still remember the sound of the shots. It was April 2017 and the people of this small town, located south of Esmeraldas, began to be persecuted and threatened by drug traffickers.

The mafiosi arrived armed in the early hours. They kicked the doors and went into the houses. “Where is the drug? Give it to me or all of you die here”, they shouted, pointing guns at women, children and the elderly.

The villagers say that at the beginning they did not know what was happening. Then they learned that a drug-laden boat was chased in the Pacific and to escape the suspects threw the alkaloid into the sea. Then, the current dragged the packages to the port of Quingue. There, the residents took and hid the narcotic.

“That was our misfortune”, relates a man who lives 12 years in the sector. The persecution and harassment of the narcos lasted four months. The fear that the inhabitants had made some families fled the area and even the province. But the intimidations did not stop. On the contrary, they spread to other populations in the south of Esmeraldas. 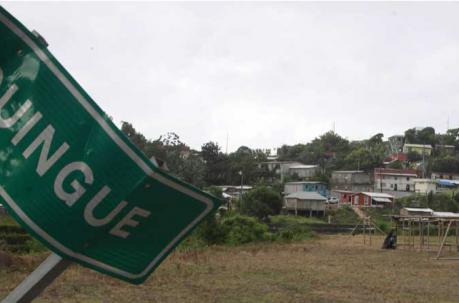 Newspaper El Comercio visited those locations and spoke with those who were threatened. In Punta Galera, people say they are permanently monitored by the members of the networks dedicated to drug trafficking.

This town, with 700 inhabitants, has access to the Pacific and every evening the fishermen rest in hammocks facing the sea. There, a man tells that the drug traffickers hire people from other cities to transport the alkaloid to the coastal area of Manabí.

Police intelligence confirms this data and reveals that they have already tracked the suspects. The agents know that they are criminal gangs that operated in Manabí and Santo Domingo, and that now they moved to the south of Esmeraldas to collaborate with the international drug trafficking networks.

But these illegal groups do not only transport the cargoes, but also look for areas to collect them. For that they appropriate or invade land near the sea or a road that connects all the towns. The armed ones arrive and tell them that they need part of their lands. They take out their weapons and give the villagers two options: stay or leave. In both cases they are warned that they cannot say anything to anyone, unless they are threatened with death. Therefore, neither the Police nor the Navy has formally raised complaints. What they know is that in these sectors, the mafias do have networks of collaborators mounted.

Last May, the police captured a man on a farm in Punta Galera. In his vehicle he had a packet of drugs. He then reported that all the cargo was in another property, located in Estero de Plátano, another town on the Pacific coast. In total, the agents seized 24.3 kilos of cocaine that were to be sent to Central America.

On Thursday, a slight drizzle fell in that small town. On the beach, two surfers took advantage of the waves, while other people ate at a small restaurant. There people say that tourism is their main livelihood and that is why they ask for more security. The same concern they have in the Quingue and in Cabo San Francisco. In the last two years, assaults on vehicles have been recorded on the road connecting the two towns.

The police warn that behind these facts is the network of mafia collaborators. The idea is that the entire road corridor that once linked Tonchigüe with Muisne remains empty, to be able to operate, take over the land and collect the drug.

“It is not in the best interest of the drug traffickers for tourism to reach these populations, as it would reveal what is happening, that is why they send their people to assault. The only ones affected are us, “says a woman who out of fear does not reveal her name. On the walls of the Quingue, people painted sentences like this: “If you threaten, attack or if you rob at gunpoint you have 6 years in prison for intimidation or attempted murder”.

In Cabo San Francisco, however, peasants, social leaders, farmers and the tourism network made a public complaint in July. Through a document, they expressed their concern about “the growth of substance trafficking” in that area and the impact on their youth.

There, a leader has also been investigated by alkaloids. He admits that process, but assures that justice declared him innocent. “The drug was not mine. It was from a young man who asked me for a ride. I told him how good and on the way the police stopped us. ” Now, the boy is under arrest. (I)