Ecuador’s credit operations with China can hardly be separated from oil collaterals. Amid a global debt renegotiation, several experts and even economic advisers to the Lenin Moreno government see China as a major financier for the country. 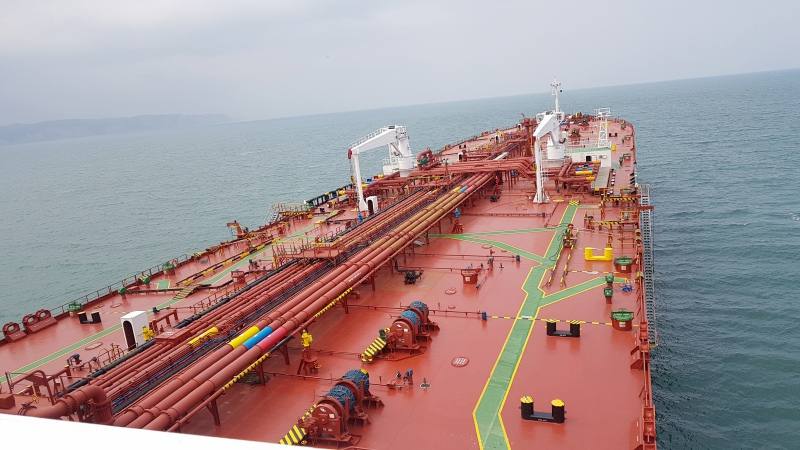 However, the warning is evident that “the mistakes of the past are not incurred again”, when referring to onerous debt contracts, with crude oil deliveries that far exceeded the amount of contracted credit, with high rates and short terms .

China is the government to which Ecuador owes the most in the debt structure. The bilateral debt to April is located at $ 6,032 million, of which 92% corresponds to China . In addition, Ecuador made presales to China and other Asian countries for a total of $ 10.5 billion in the Rafael Correa government . Currently, those debts are almost paid, but the commitment to sell crude remains until 2024.

In late May, Finance Minister Richard Martinez explained that Ecuador expects from China at least two lines of credit between June and October for $ 2.4 billion. Of these, $ 1.2 billion would come as financing from the Industrial and Commercial Bank of China (ICBF).

On that occasion, he pointed out that the operations that are now carried out are different from those of the broker in the sense that the debt will be assumed directly by the Government and no longer by the state company Petroecuador. And he assured that two separate operations are made, one credit (with Finance) and another commercial oil (with Petroecuador). In this way the debt registry becomes more transparent.

However, on May 22, at the request of the ministry, the Petroecuador board had to know the decision of the Debt Committee on the sale of crude oil in a long-term contract for a Chinese company, under the ICBC issue.

Before this meeting, a consultation was made with the state oil company attorney to establish whether or not it was within the powers of the board to comply with this. Finally, it was done and now Petroecuador prepares the economic, legal and commercial reports to complete the operation.

Jaime Carrera, executive secretary of the Fiscal Policy Observatory (OPF) , considers that Ecuador’s problem is that it has no credit options and it lacks a lot of liquidity. And China is one of the few remaining sources of resources.

He believes that the relationship with China must necessarily be tied to oil, since Ecuador cannot go out into the international market nor can it revert to onerous operations such as those of Repos with Goldman Sachs and Credit Suisse, with collaterals higher than 2.5 times the amount loaned. .

For Carrera, if the loans with China are finalized and they are related to oil, what must be taken care of is that the committed volume is similar to the amount.

He explained that Ecuador should seek, on the other hand, that the Chinese government also lower the value of amortizations and interest and extend the terms of the bilateral debt. In one year, between April 2019 and April 2020, Ecuador paid China $ 650 million.

Meanwhile, this week, the government’s brand new economic advisers, Augusto de la Torre and Fausto Ortiz, agreed that it is important for the country to negotiate with China, but they vowed not to do so by committing more crude.

Facing the financial crisis caused by the pandemic, Ecuador has launched a global debt renegotiation campaign. On July 3, the dialogues with the bondholders began.

You must also renegotiate an Extended Facility Agreement with the International Monetary Fund. (I)

Three sectors grew during the pandemic in the country