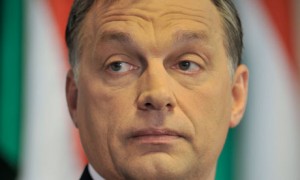 The Hungarian Parliament approved a reform of the media; it allows Viktor Orbane (Prime Minister of the Republic of Hungary) to have extensive control over all organs of information. This has raised criticism of the media not only in Hungary, and also in several associations of journalists.

According to that law, the National Telecommunications Authority may punish with heavy fines on media for “violations of public interest.” It also states that investigative journalists have to reveal their sources and also provide for the abolition of public media newsrooms; those would converge in a single national press news agency.

“It is not necessary to sue a third party; the state regulator may do so automatically. Journalists will have to be very cautious,” said Marton-Posony Nehez, an analyst who specialized in media law.

“I ask for patience, a little time to demonstrate that the measures adopted will be applied in a good way,” said Secretary of State of Ministry of Public Administration.

There Will Be a Lunar Eclipse Tomorrow