Assange Writes his Memoirs About Wikileaks 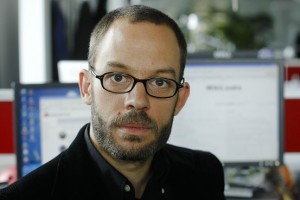 Julian Assange became infamous after revealing classified information of the United States diplomatic documents. Currently the WikiLeaks founder plans to reveal information about himself through his own memoirs. This matter became official after Julian signed a contract with Canongate editorial  in Britain and Knopf in the United States, to deliver a manuscript by March.

The diary The Guardian reported that the news was known through a tweet from Spanish publisher Random House Mondadori.  Publisher of Canongate, Jamie Byng, confirmed the news with an email.

Assange’s book would tell all by his former right hand man, Daniel Domscheit-Berg, whose article, “Inside WikiLeaks: My Time at the World’s Most Dangerous Website,” will be published in Germany in January and elsewhere in English shortly thereafter.