New massacre in prisons exceeds the death toll of 2020 and, in response, the president changes the director of SNAI and decrees an emergency

Not even the change of government stopped the violence that is being experienced in the country’s prisons. Last year, according to figures from the Ombudsman’s Office, there were 103 prisoners killed nationwide, but only in the first seven months of 2021 that figure was already exceeded. Last Wednesday the most recent bloody event occurred, as a dispute between gangs left 22 dead, 44 injured, among them police officers, 100 escaped prisoners (64 recaptured) in the Guayaquil Penitentiary and the Latacunga Regional prison. 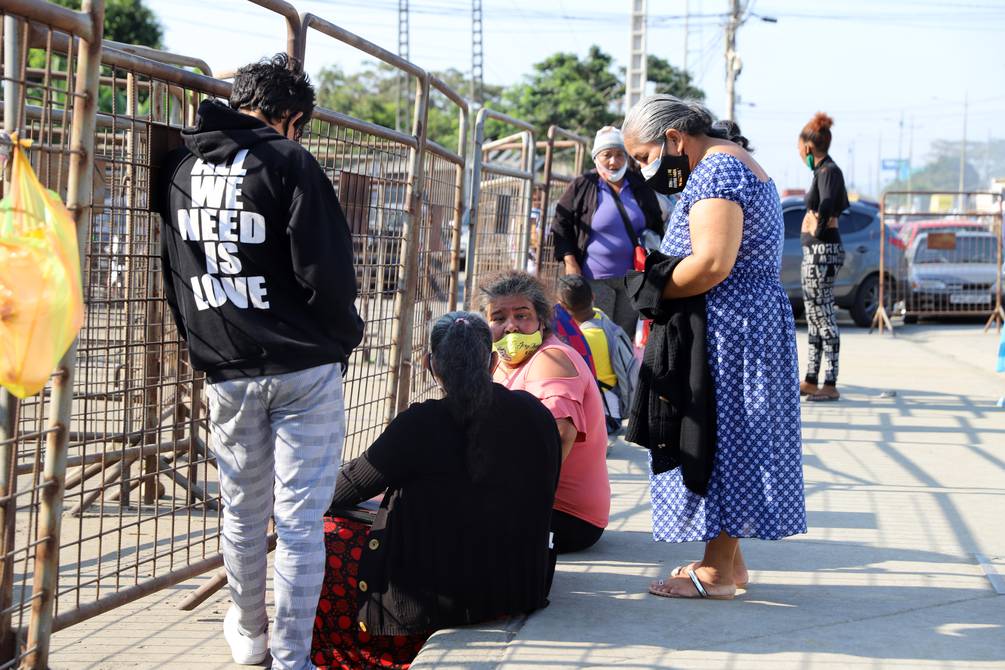 In response, President Guillermo Lasso traveled to Latacunga, where 14 inmates died, and signed the state of emergency in the prison system on Thursday afternoon. In addition, Edmundo Moncayo, who until Thursday was director of the National Service for Comprehensive Attention to Adults Deprived of Liberty and Adolescent Offenders, was dismissed and replaced by Colonel Fausto Cobo.

Until this Thursday, July 22, almost 120 murders have been registered within the seven prisons of the country. There have been real massacres such as the one that occurred on February 23, when 80 inmates were murdered in the Penitentiary, Zonal 8 Center for the Deprivation of Liberty, the CRS Sierra Centro Norte (Cotopaxi) and the CRS of Turi (Cuenca).

This time there are 22 deprived of liberty who have died in Guayas and Cotopaxi as a result of the fight between various factions that dispute the leadership of Los Choneros.

In the Penitentiary there were 8 dead

The first alert was given at 4:20 p.m. in the Guayaquil Penitentiary when inmates stabbed to death eight inmates from pavilion 3 who worked in the prison garden. They were taken by surprise when they were arranging the crops and stabbed them. The victims were not part of any confrontation, they would have been killed as a message for one of the gangs involved.

According to the first investigations, in prison there is a dispute between Los Choneros and the members of the group called Nueva Generación, which includes Águilas, Lobos and Tiguerones, who were previously also part of the Los Choneros organization and after the death of Jorge Luis Zambrano, Known as JL, they fight for the leadership of the gang and try to eliminate those who are still part of the group that emerged in Manabí and that until last year predominated in the prisons.

In Guayaquil, Lieutenant Colonel Marcelo Castillo, police chief of zone 8, explained that the confrontation in the Litoral Penitentiary began in pavilion 9, occupied by Los Choneros, from where the policemen were fired with rifles. some grenades were detonated.

While this was happening, ward 8 was with visitors. There were at least 54 women at the site. They were held until the police managed to free them and they were all unharmed amid the shots and explosions, however, three uniformed men were injured.

According to the director of the Penitentiary, Franklin Huerta, the prison guides try to control the mafias that operate in jail with “courage” and at certain times they can no longer do more and have to withdraw so that the police with their weapons can operate in prison. He explained that the guides do not have weapons, they only carry vests, pepper spray and handcuffs.

Yesterday, the police officers carried out an operation, but they did not find any weapons.

The director of the Penitentiary estimated that the weapons are permanently in the prison well boxed and that even for the Police it is difficult to neutralize the entry. Therefore, he considered that the operations should be permanent and on a larger scale.

In the Cotopaxi prison

Almost at the same time, violence broke out in the Cotopaxi prison, where until Thursday afternoon it was confirmed that there were 14 dead, 41 injured and 100 inmates escaped, of which 64 have been recaptured.

The governor of Cotopaxi, Oswaldo Coronel, assured that the level of violence generated and the conflict in the prison, with the use of high-caliber firearms and even explosives, caused great destruction of the place. The Sierra Centro Norte Social Rehabilitation Center was seriously affected by meshes, fences and security filters in the internal and external areas after the riot.

The authority commented that, in addition, six police officers were injured, although they are not serious. He highlighted that four of them were the ones who in the first instance faced the prisoners, even risking their lives.

A police servant suffered a sexual assault in one of the bathrooms of the Sierra Centro Norte de Cotopaxi Social Rehabilitation Center, located in the Latacunga canton, during the mutiny

According to the document, the 40-year-old second sergeant, who works in the Cotopaxi CRS Penitentiary Contingency group, was with other colleagues in the filter of the maximum security area of ​​the prison, when a group of people deprived of the Libertad (PPL) arrived in that area around 5:30 p.m. on the last Wednesday. After taking the space, one of them, who has not yet been identified, transferred the uniformed woman to the bathroom of that unit, where the violation was allegedly carried out.

After being assisted by her colleagues, the uniformed woman was taken to the General Hospital of Latacunga to verify the possible violation, being under medical observation in the company of a relative.

Juan Rojas, medical director of the Latacunga hospital, reported that this patient’s case has been registered and referred to the Prosecutor’s Office. (I)