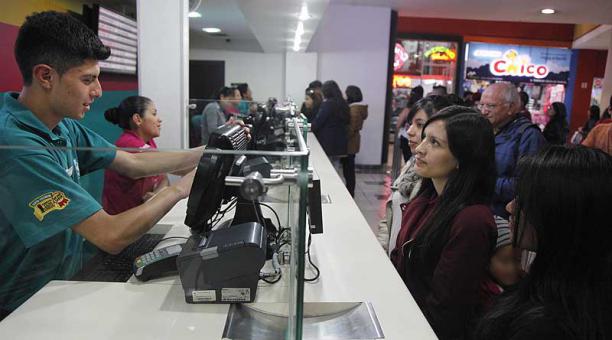 The movie theaters business in the country, which recorded profits of $ 125 million in 2015, is about to premiere a possible new tax. The great actors of the exhibition industry in the country are Cinemark, Multicines, and Supercines. In addition, there are separate rooms in different cities like Negocym in Ibarra or Ochoymedio and Cineplex in Quito, according to the Superintendency of Companies. Mis Cines, in Rumiñahui, is also included.

In the second debate of the Culture Act, a contribution to the promotion of national culture and arts was incorporated. It consists of a 10% rate on ticket sales of foreign film productions. For the executives of this industry, another tax would complicate the business, that since last year has recorded a reduction in the number of attendees due to the economic situation. Santiago Cardenas, the general manager of Multiplex, has seen a reduction of approximately 10% in ticket sales since 2015 when 3.8 million people attended 47 theaters. In an interview with Ecuadorinmediato on Monday Assemblywoman of Alianza Pais Ximena Ponce said that the contribution would generate between US $ 7 million and 8 million annually.

Former Minister Carlos Pareja would have received $ 1 million for bribes, according to a government allegation