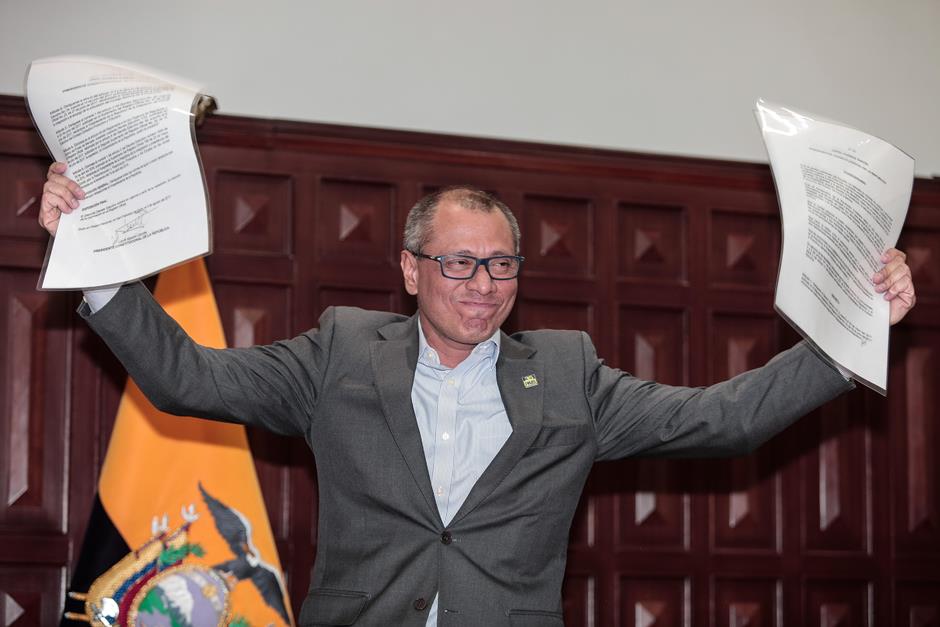 Odebrecht’s former director in Ecuador José Conceição Filho confessed to Brazilian justice that between 2012 and 2016 he paid at least $ 14.1 million to Vice President Jorge Glas. Moreover, he recorded conversations with him and an intermediary, just as he did with former Comptroller General Carlos Pólit, to get evidence to corroborate the facts, reports the website of Brazilian Daily O Globo, one of the most influential in that country.

The revelation came hours after President Lenin Moreno stripped Jorge Glas from his duties as Vice President by a decree issued Thursday morning.
In his statements to Brazilian lawyers, according to O Globo, Conceição states that Glas’ uncle, Ricardo Rivera, acted as an intermediary between him and the vice president, over those years. Always with the consent and authorization of Glas. In his statement, the Odebrecht executive recounts a series of meetings and negotiations made directly with Glas. One of the meetings took place in 2014, at the Bureau of the Vice-Presidency, when Glas asked for money for his election campaign that year.

At that time, Glas was the coordinating minister for Strategic Sectors, where he remained until 2012 when he was proposed as a candidate for vice-president by President Rafael Correa himself. The ministry led by Glas, reports O Globo, was powerful at that time: it controlled the Oil, Energy and hydroelectric projects of the country. Glas commanded the great infrastructure projects of Ecuador.

Glas could leave office for impeachment or revocation