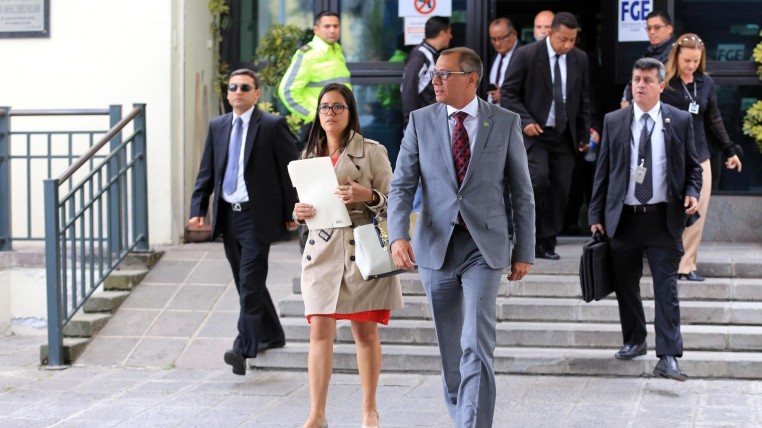 A suspect. From today, vice president without functions Jorge Glas will be included in the list of those investigated in the Odebrecht case of bribes for an alleged illicit association.
His name joins the list of 11 suspects, whom Attorney General Carlos Baca Mancheno asked to be incorporated into the file against Ricardo Rivera, uncle of Glas et al.
The Prosecutor´s office presumes that Rivera would have received about $ 13 million from Odebrecht, which would be 1% of each major and complementary contract he would have got for the construction company.
The Prosecutor´s office believes that Rivera took advantage of his kinship with a government official. Rivera has denied it, as did the vice president, who in his version claimed that he only saw his uncle once a year.

True or not, prosecutor Baca Mancheno will present today the elements that served prosecutor Diana Salazar, coordinator of the Unit for Transparency and Fight against Corruption, to direct her suspicions on him, former Comptroller General Carlos Polit, four executives of Odebrecht, former employees of Petroecuador, the Pacific Refinery, among others. (I)

Prison and $ 5.9 million in fines to Chinese ship caught in Galapagos

Electronic money will be private in 2018