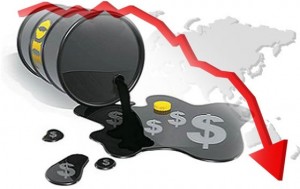 Yesterday the Texas Intermediate oil recovered. It fell by 1.28% and closed at $ 45.15 per barrel on Tuesday after it had recovered, this despite the announcement that crude stocks in the US fell last week.

The reference oil in the United States and Ecuador stepped back positions during a day in which it came to momentarily lose the psychological barrier of $ 45 per barrel for the first time since March.

Oil stocks fell 4.4 million barrels last week, to reach 455.3 million, but they remain at the highest level for this time of year in at least eight decades, reported yesterday the Department of Energy.

Recovering of oil price above $ 50