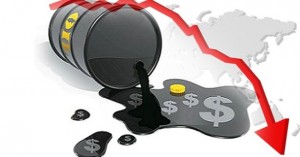 Texas Intermediate oil (WTI) had a new downturn yesterday. The barrel price closed at $ 37.16, a new annual minimum, with the downward trend that drags since a year ago by an oversupply in the world oil market.

Future contracts of the benchmark oil for Ecuador, for January delivery, fell 35 cents compared to the last closure.

The decline occurred despite the Department of Energy of the US also reported yesterday that the country’s oil reserves fell last week by 3.6 million barrels, reaching 485.9 million.The figure represented the first decline in crude stocks in the United States in eleven weeks. Nevertheless, inventories are at levels not seen in more than eighty years.

Although initially the data generated a rise in the price of WTI, benchmark crude in the United States, later it had a downward correction because, according to analysts, although crude stocks fell, gasoline stocks went up.

That increase, along with another rise in heating oil reserves, means that there´s still excess supply of oil and fuel in the sector, that has been creating a collapse in international oil prices since last year.