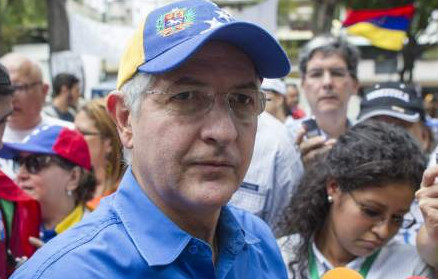 The oppositor mayor of Caracas, Antonio Ledezma, was arrested on Thursday by officials of the Bolivarian Intelligence Service (Sebin) in his office in downtown, told EFE close sources to the Venezuelan politician.

Ledezma was in his office at the EXA Tower in the district of El Rosal, in eastern Caracas, when SEBIN officials arrested him and registered his office, the sources said.

Deputy Ismael García said that SEBIN officials caused damages in the mayor’s office. The wife of the opposition leader, Mitzy Capriles de Ledezma, reported that Ledezma had been surveilled for several days.

For his part, the President of Venezuela, Nicolas Maduro, said that Ledezma will be processed by the Venezuelan justice “for all the offenses against the peace of the country.”

“He aims to use the dual-band, legal public charges to seek violence, the coup attempt, destabilization,” said Maduro.