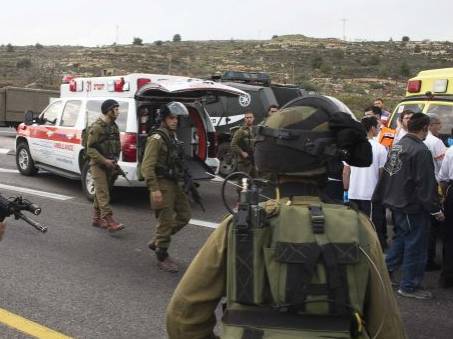 The Israeli army reported on Friday that a Palestinian attacked with acid and wounded several Israelis, including children, in the West Bank near Jerusalem, who was then injured when shot in the leg.

“According to preliminary information, a Palestinian attacked a group of civilians, including children, using acid” at a checkpoint near Bethlehem and a large colonies block of Israelis in the Occupied Palestinian Territory, the statement said.

A family invited let a Palestinian get into the car, who asked for a ride near the checkpoint and then he threw acid on the couple and their four daughters, slightly injuring them, said the Army.

An Israeli civilian who was at the scene shot him in the leg while the offender was trying to escape, according to the same source. Israeli rescuers reported  six people with minor injuries, besides the attacker, slightly wounded by a bullet.

The attacker was identified by residents of Nahalin, under the name of Jamal Ghayyada, who was described as a man of about 50 years old, imprisoned in the past and who since his release suffers from psychological problems.