Pamela Anderson calls on France to be Assange’s new refuge 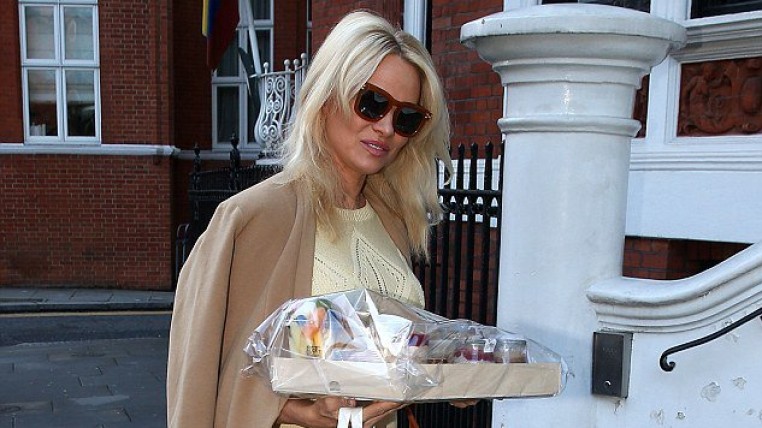 American actress Pamela Anderson, who is romantically linked to WikiLeaks founder and asylee of Ecuador Julian Assange, yesterday asked the French authorities to grant asylum to the Australian hacker, refugee since 2012 at the Ecuadorian Embassy in London.
“Julian exposed the name of very powerful people who will not stop at anything to discredit him. He needs protection, and France would be the best place. He is also a refugee,” Anderson said in an interview with the weekly newspaper Le Journal du Dimanche.
The 49-year-old Canadian actress declined to delve into details about her relationship with Assange, saying it was “extraordinary” but “too complicated and personal to explain.”

The former Baywatch star met him through a mutual friend, designer Vivienne Westwood, and has since visited him on several occasions at the Ecuadorian Embassy. “We agree on many issues, mainly the environment, which has always interested me. At his side, it’s a very romantic challenge and I want him for that reason: he tries to liberate the world by education,” the actress added.

Technology, the ideal ally for SMEs

Cases of corruption are isolated in the view of Correa