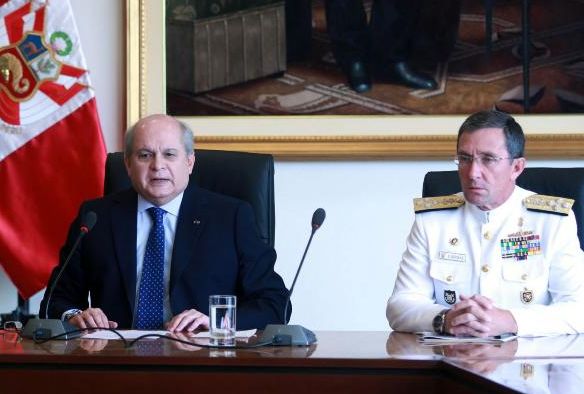 The Peruvian government confirmed on Thursday that three NCOs of Peru’s Navy are prosecuted for alleged spying on Chile, a country that has not ruled on the case, between 2005 and 2012.

“It is a reprehensible fact, shameful that Navy NCOs have been participated in this kind of information leakage,” said at a press conference Defence Minister of Peru, Pedro Cateriano.

The information was kept in reserve in order that military justice determine the responsibility of the NCOs, who worked as an operator of communications and intelligence analyst of the Navy, he said.

If Chile resulted involved, Cateriano said, it will be asked for explanations, “because it is an extremely serious fact that would affect bilateral relations between Peru and Chile.”

The trial of the NCOs was published by a local television channel that showed footage of the process at the military base in Callao on Wednesday night. After its release, the minister acknowledged the processes.