Petrochina dictated the rules for ecuador 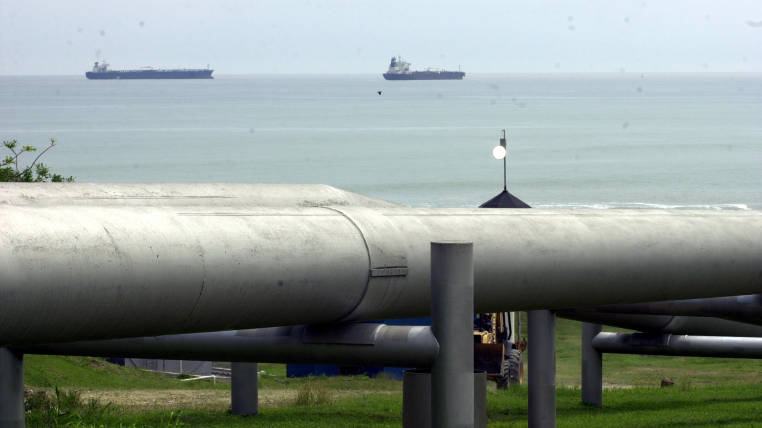 The sovereignty remained in words. The oil decisions of the country were not made in Carondelet, the Ministry of Hydrocarbons or in Petroecuador, during the past decade. According to documentation to which EXPRESO agreed, the changes and directions of the sector were dictated, in part, by Asian companies.

The National Directorate of Natural Resources Audit of the General Comptroller of the State discovered that, on January 19, 2016, Petrochina ordered changes in its oil presale contracts with Petroecuador. The representatives of the Ecuadorian company did not object, they obeyed.

Such modifications impaired national income by more than five million dollars. Contract 2013084, signed between Petroecuador and Petrochina in August 2013, and established that Ecuador would receive an award if the quality of the crude was better than initially established. In that signature, the government of Rafael Correa pledged 190 million barrels of oil in advance for a loan of 2,000 million dollars. The country delivered the crude on time and with a quality superior to that established in the paper. Therefore, Petrochina began to pay a “premium” on each shipment. The situation bothered the Asian company and then requested that the quality meter be modified with an amendment to the contract so that Ecuadorian crude does not obtain additional payments.

In technical terms, the original contract established that if the oil had between 18 and 19 API degrees (which measure the density of the hydrocarbon) there would be a bonus. With the amendment demanded by the buyer, that meter went up to 19.7 and 20.8 degrees API. That is, the stick was raised only so that the Chinese company does not pay more. The effect, according to an initial analysis of the Comptroller’s Office, is that Ecuador stopped receiving 3.6 million dollars for Petrochina’s order.

Moreover, the document details, Ecuador had a discount of 5.4 million dollars because the quality of the delivered product, after the amendment, was lower than the determined one. In total, 39.9 million barrels of crude were delivered with the change in effect. It is striking to the auditors of the control body that a request from China be made without supporting studies.

The then International Trade Manager of Petroecuador, Nielsen Arias, signed the contractual amendment that damaged the country without any objection. They also question the lack of management of Petroecuador’s Board of Directors -where the now-sentenced former Vice President Jorge Glas was sitting- who did not object to national interests being affected. To these observations are added the irregularities in the pricing of the barrel of Ecuadorian crude. EXPRESO reported on November 28, 2017, that there are no documents in Petroecuador that support the anticipated sale of crude oil. There is only one agreement, which was also made public by this newspaper, which orders Petroecuador to obtain resources to finance the works of the Rafael Correa government.

Ecuador committed, during the government of Rafael Correa, more than 1,000 million barrels of oil for the companies Petrochina, Unipec and Petrotailandia. In return, he received loans with rates of more than 6%.

To date, eight of the nine oil presale contracts are in force. The last one will start in April of this year. Petroecuador has guaranteed that the contractual obligations defined with Petrochina will be met.

This month, Petrochina and Petroecuador will sit down to review the conditions of the contracts that harm Ecuador. In October, the need to change the price and volume committed rules was denounced.

The Oversight Commission of the National Assembly is called to investigate the sale of crude oil. The CREO block intends to invite the oil authorities to give their version of the irregularities. (I)