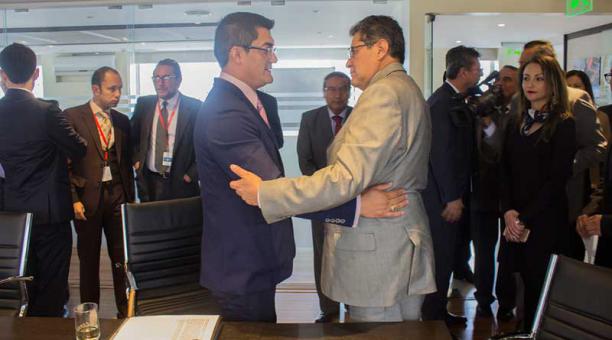 The Petroecuador Public Company offered public apologies to a disabled employee who was dismissed during the administration of former general manager Alex Bravo. This act took place today, August 30, 2017, after a sentence issued by the Court of Criminal Guarantees of Quito, in favor of Marcelo José Toscano.

Toscano worked for five years as a Station Service Assistant but was fired in 2016. He filed a protection action in which he pointed out that Bravo removed him from his post in an untimely manner, violating his constitutional rights to equality and non-discrimination and work, by virtue of his status as a person with disabilities.

On March, the Criminal Guarantees Court of Quito accepted the lawsuit and acknowledged the vulnerability of rights. Among other measures, the court ordered public apologies to Toscano. In addition, he rejoined the company last May 1. (I)

Government interests give preference to the Chinese government