Philippines evacuates its inhabitants by the arrival of Typhoon Hagupit 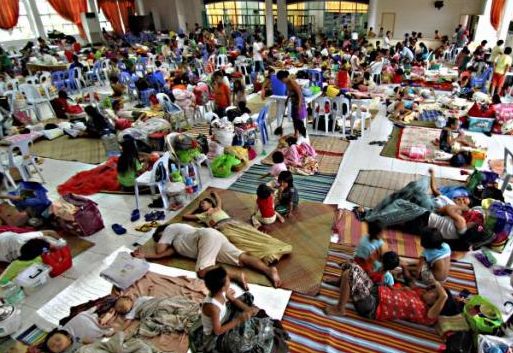 Millions of people in the Philippines began to seek refuge in churches, schools and other improvised shelters this Friday, while the powerful typhoon Hagupit is approaching the country.

It is feared that the hurricane, the strongest that will cross the archipelago in Southeast Asia this year, affects more than half of the Philippine territory, including communities that were already devastated by super typhoon Haiyan last year.

Authorities said that more than 500,000 families, or approximately 2.5 million people will be evacuated in the eastern Philippines before it reaches Hagupit, on Saturday evening or Sunday.

Haiyan, the strongest storm recorded on land with winds of 315 km / hour, left 7,350 dead or missing by razing the central Philippines last year.

For this year, is expected to Hagupit also be the one of greatest impact and could cause waves of more than one story in height along the coast, according to the state agency Pagasa of meteorological information.

On Friday, Hagupit was generating winds of 215 km / hour, at advance to the Philippines from the Pacific Ocean.