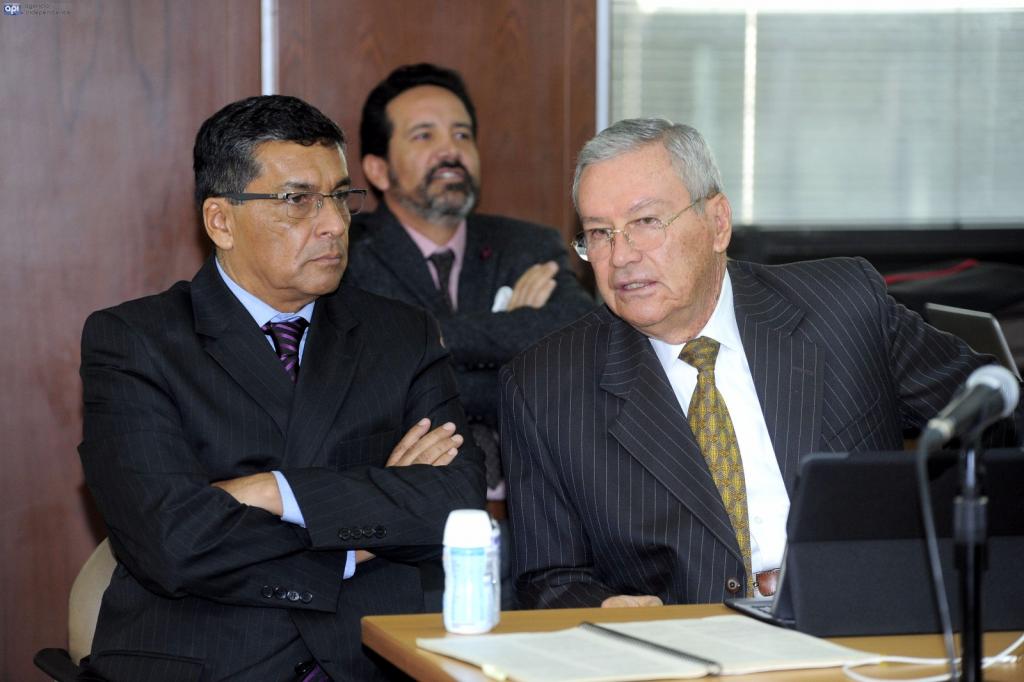 Former police commander Fausto Tamayo gives his testimony in the trial for the sale of promotions within the institution, at the premises of the National Court of Justice.

During his version, which began at 10:00 am and that continued until noon, General Tamayo implicated several executive officials of the government, the Attorney General´s office and the National Assembly, as well as Pierina Correa, sister of President Rafael Correa. According to the former commander, the president’s sister visited him three times and asked him to read a promotion request signed by her, which is in the records.

But the prosecutor of the case said that officials may request promotions and Pierina Correa did it like Fedeguayas.
He also said that Interior Minister Jose Serrano knew the request lists Lieutenant Ernesto Montenegro sent to the General Headquarters of the Police. This is the official that admitted his involvement in the promotions network and in whose personal accounts, including those of his wife, money was found.
He also assured that Montenegro received money from the promotions and that some of that money went to the Interior Ministry and to concentrations of Alianza PAIS (the government party).

Indecision in Ecuador, one month before the call for elections