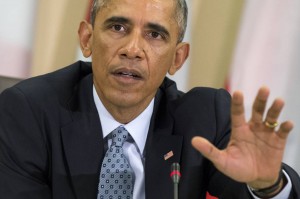 Tomorrow elections will take place in United States, the same that could leave President Barack Obama at the prospect of sharing the last two years of his term with an entirely opposition Congress.

The polls agree that the opposition Republican Party will have control of the Senate, and thus control of both houses of Congress.

“The reality is that two years will be difficult” for President Obama, said Luis Miranda, a former adviser to Obama and Democratic Party strategist. “I fear that it will be hard for him to govern”, he added.