Poverty is exacerbated by the border crisis 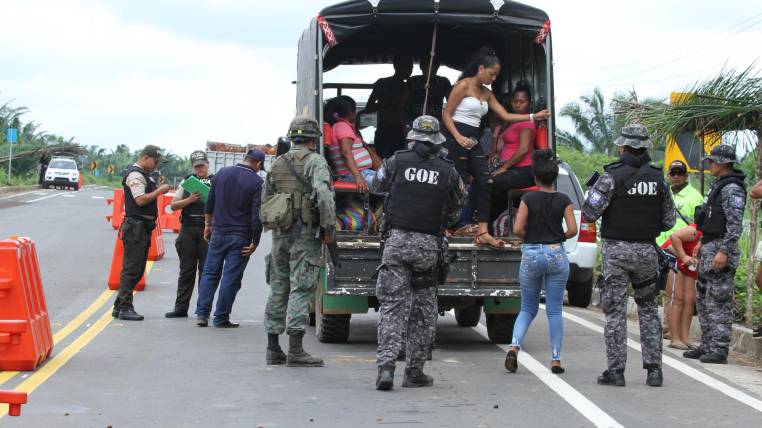 There are twelve rural parishes in the San Lorenzo canton, on the border with Colombia, which, due to the ten attacks and kidnappings, have deteriorated their economic situation and await the offer of assistance from the local and central governments.

Although there have been no attacks for two months and military and police security has increased, the fear persists in the inhabitants of the San Lorenzo canton, more than anything in the twelve rural parishes where the economic situation of the families continues to be complicated by the lack of work and the decline in the sale of agricultural production.

“More than insecurity, what affects us is the economy. We have to juggle to find the daily food. The products we grow are sold little. The green plantain and yucca rot in the farms because there is no one to buy and 50% of the people who work in the palmicultoras have lost their jobs because many stopped going to do their activities out of fear, “says Antonio Mina Caicedo, President of the Parochial Board of San Javier de Cachalí.

Palmerí Vivero, president of the Urbina parish council, says that even the investors have left and with them the work. Refers to people who were dedicated to the purchase and sale of vehicles, loggers and those who bought the production of cocoa and other agricultural products.

Both Mina and Vivero say that the villagers juggle every day to “stop the pot” and prevent their families from going hungry. That, he assures, now worries them more than the violence that is being talked about at the national level, but that there in their terroirs, nothing has happened nor have they seen anything strange in the last months.

What they feel now is more security because of the constant presence of military and police, says Ronald Merlin, of the parish June 5, located at kilometer 50 of the road to Ibarra, which is home to 416 families, in the middle of an immense wooded area in which, many say, drug traffickers hide.

In addition to the lack of work in palm growers, who avoid hiring neighbors and prefer foreigners, Merlin says that there are people interested in taking their plots to extend African palm plantations and establish other businesses. The reality is similar in the Carondelet parish, presided over by Patricio Castillo; in Muisne, Calderón, Ricaurte, Tambillo, Tonchigue, Palma Real, Santa Rita and Concepcion. In Mataje, the reality is different.

Mataje, site to which few go

Mataje, one of the twelve rural parishes of San Lorenzo, has become the place that nobody wants to go, not even to ask for work. In the place, its inhabitants also complain about the lack of employment because nobody wants to hire them for fear of having some kind of relationship with alias ‘Guacho’ or other dissidents of the FARC. (I)

Giant Encebollado will be prepared at Ñuka Mikuna festival in Guayaquil