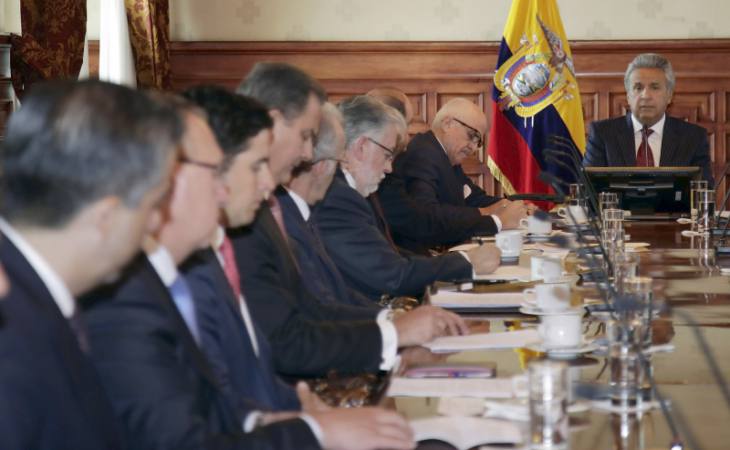 President Lenin Moreno took office on May 24, 2017, an is currently outlining his own government agenda, despite his predecessor Rafael Correa left him written actions to follow. And that new ‘style’ of government was outlined in the National Development Plan 2017-2021, which was already drafted by the Secretariat of Planning and Development (Senplades).

What has been accomplished is the 2017 budget proforma, which is around $ 36,818 million and would be approved today by the Legislature. As well as the elaboration of the National Plan of Development that focuses on three axes: ‘Rights for all throughout life,’ ‘Economy at the service of society,’ and ‘More community, a better state.’ (I)

Justice is put back into question

Cracks cause a new alarm in Zaruma