President of Ecuador among the best evaluated in America 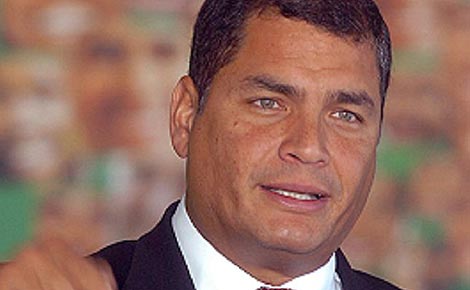 The Mexican company Consulta Mitofsky revealed yesterday that two American Presidents are among the best evaluated by citizens, Danilo Medina, Dominican Republic, and Rafael Correa of Ecuador, with an 88 and 84% of acceptance respectively.

Mitofsky points out that Danilo Medina, “a year in office placed in the first position in this ranking of Presidents”, while Correa lost the leadership after losing six percentage points in six months but remains over other Presidents.

Behind both leaders are the Panamanian Ricardo Martinelli (69%), the presidente from Nicaragua Daniel Ortega (66%) the president from Bolivia, Evo Morales (59%) , the Salvadoran Mauricio Funes (64%) and closing that group the Mexican Enrique Peña Nieto, with 56% of acceptance.

Meanwhile, the less accepted by the population, are the President of Costa Rica, Laura Chinchilla, with 9%, the Colombian Juan Manuel Santos, with 25%, and the Argentine President Cristina Fernández and Canadian Prime Minister Stephen Harper, with 26% in both cases.

The company’s assessment that collects data under the variables of  “state of mind and perceptions of the population”, indicates  on September of 2013 the average  acceptance of the 19 American Presidents who were evaluated declined from 55% to 47% between March and September of this year.

In addition, Mitofsky finally indicates that “citizen approval may not be a reflection of the management” of a leader but only  the “way in which the population perceives it”.