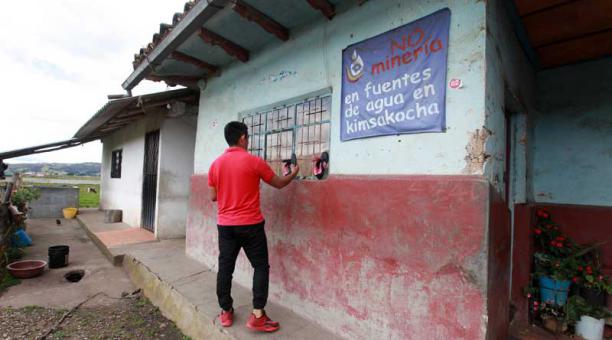 More than 73% of the electors of the seven cantons, where the mining projects Rio Blanco, Loma Larga, San Carlos-Panantza, Mirador and Fruta del Norte, voted in favor of prohibiting extractive activities, in the popular consultation. Across the country it was 68.62%.

With that vote they want metal mining – in all its stages – to be prevented in protected areas, intangible zones and urban centers. The five projects are near paramo areas, forests and water basins of Azuay, Morona Santiago and Zamora Chinchipe.

In the previous government the mining activities generated confrontations. The Ecuarunari has a registry of three deceased indigenous leaders and more than 80 criminalized or detained in the three provinces.

That reason, said Danny Marín, member of the Parish Council of Panantza (San Juan Bosco), weighed in the favorable decision of question five. “No political organization campaigned for one or another trend. The previous government persecuted and imprisoned us. 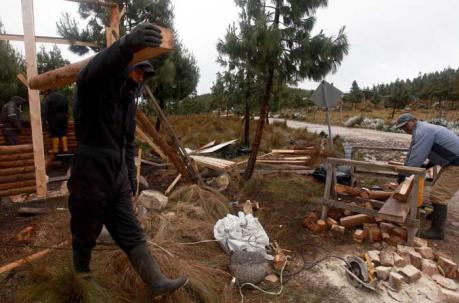 The president of the Ecuarunari, Yaku Pérez, commented that, despite the results at the polls, “there is uncertainty because we do not know if it will have a retroactive effect”. That is, if mining that holds concession titles may or may not continue exploration or exploitation work.

After the consultation, the Council Government of the Shuar Arutam People has held assemblies to ratify “that the communities settled in the Cordillera del Cóndor will not accept metallic mining in ancestral territories.”

In addition, they prepare requests to request the revision of the Water and Mining laws, and to review the concessions granted in Morona Santiago, said Abilio Shacay, representative of External Relations of Arutam.

“We have no guarantee that mining will not affect nature and that there will be investments to improve the quality of life of our people,” said Shacay; However, he did not rule out a dialogue with government officials.

In the case of Zamora Chinchipe, the prefect Salvador Quishpe is also in favor of talking together with the parish, cantonal and provincial governments.

In Azuay, Pérez added, “the Governor (Xavier Enderica) offered to ask the companies to stop the activities until the changes established by the referendum are known.” According to the Ministry of Mining, the five projects fulfill their normal activities.

According to the Ministry, there are no concessions granted in sensitive areas, but there is exploitation in urban areas, so it works with local governments to delimit those sectors and apply what has been approved in the consultation.

There is an expectation in the parish of Cuenca del Victoria del Portete. In the houses were placed banners with phrases like “We do not want mining”, “Water yes, gold no”. The azuayo Vicente Panjón voted for himself “to protect the water”.

In the small villages near the Río Blanco Larga project there are few signs in favor of mining, but there are families like Vicente Chacha’s that approves this activity because it generated employment.

At present, social organizations seek to stop mining. They asked the State Comptroller to investigate the presence of water eyes in the Loma Larga concession.

Comptroller Pablo Celi visited this territory on February 17 and offered a report (compliance with standards and environmental impact) in 180 days. He said he will verify the documents of the delivery of concessions.

Organizations opposed to mining expect the government to include them in the dialogues to provide their proposals for adjustments to the Mining Law. The Ecuarunari will meet this month to define the pressure measures. (I)

Fall of debt bonds and rise in country risk, after change in Finance