The banana producers staged the third mobilization on the roads in less than 20 days when they marched in Guayaquil on Monday morning, in the vicinity of the National Unity Bridge. With signs and shouts they demanded attention from the Government and the authorities of the Ministry of Agriculture and Livestock (MAG). 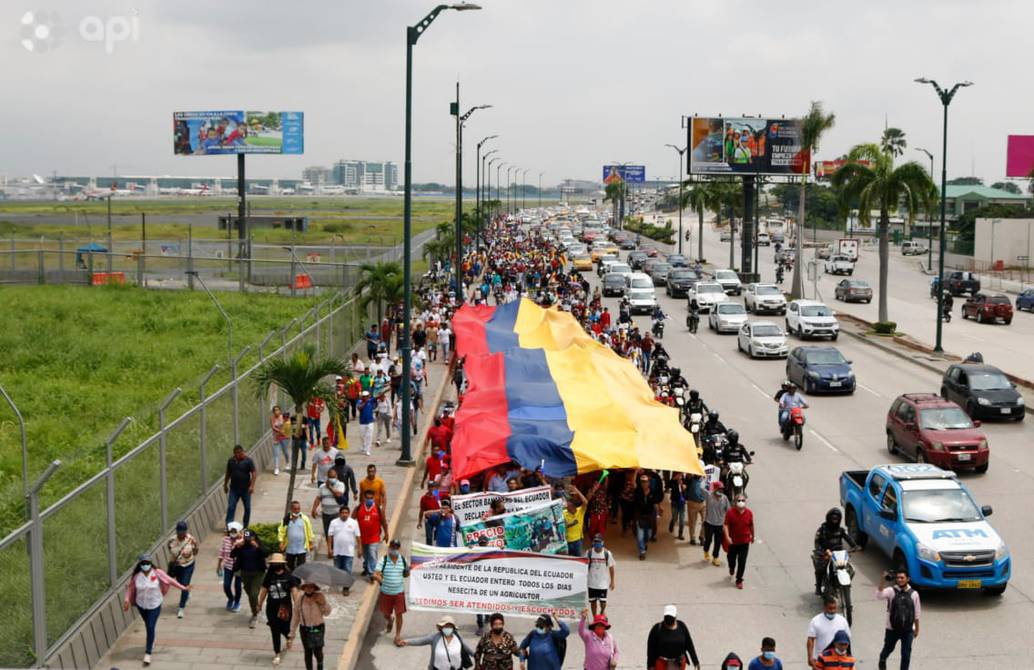 The march of the banana producers toured part of Pedro Menéndez Gilbert Avenue, in the north of Guayaquil.

The main claims focused on the price of a box of bananas and the problems of the sector due to the fruit that could not be exported to the markets of Russia and Ukraine due to the war.

Segundo Solano, a member of the Association of Banana Growers of El Oro and part of the Federation of Banana Producers of Ecuador (Fenabe) , assured that they are abandoned and that there are no clear public policies for their sector.

“We banana producers have decided to go out and march, to protest, to express our rejection, and anguish because we find ourselves abandoned… we are dying, bankrupt, in ruin, because we are not processing,” said Solano, who assured that At the moment, producers are being paid $0.80 per box of fruit, whose minimum support price is $6.25.

“It is at 0.80 cents, $1 and $1.20 in the best of cases,” assured the banana leader, who insisted on the position and request of the sector for the Government to buy the bananas that have been exported.

Solano assured that for this purchase the Government could use the funds collected from the fines that have been collected for illegal banana plantations, which according to the leader should be for $9 million, although he pointed out that part of these resources were already directed to fighting the Fusarium Race 4.

“This is the right time for these monies to be used to buy surplus fruit,” insisted Solano.

This order is given despite the joint initiative between the banana producing and exporting sectors, the latter began last week to buy banana bunches from the former to alleviate the oversupply.

Until last Saturday, it was projected that around 685,000 bunches of bananas had been purchased, which will be destined for feeding programs of institutions and organizations and also for the fertilization of plantations.

However, Solano regretted that in his province, El Oro, a bunch has not yet been purchased. (I)

With donations, it aims to evacuate surplus bananas