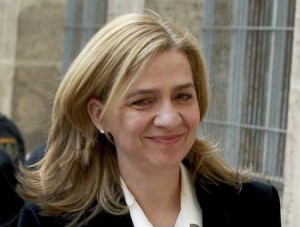 Today, an anticorruption prosecutor from Spain presented an appeal procedure against the accusation of Infanta Cristina for tax fraud and money laundering, denouncing a “inquisitive spiral”.

“So far, any involvement of Cristina de Borbón in the alleged crime against Public Finance  imputed to his spouse has been revealed,” said prosecutor Peter Horrach.

The prosecutor considered insufficient the evidence to accuse the Princess.

The Princess had based her defense stating that she ignored the alleged criminal activities of her husband Iñaki Urdangarin.

Cristina´s defense also announced that she would also appeal against the accusation.