The Social Christian Party (PSC) points out that no person can be exempt from rendering public accounts and “worse above the law”, given the allegations of corruption in the Guayas Provincial Government . 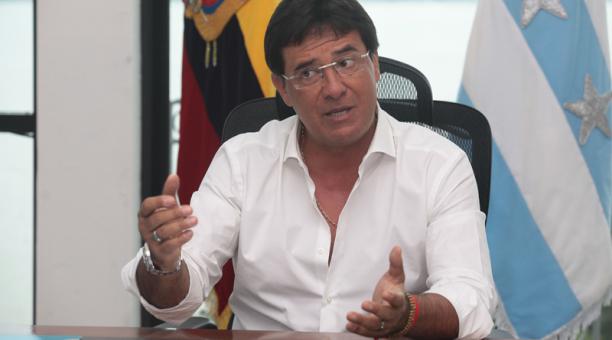 In a statement released on the night of Monday, June 1, 2020, the national president of the PSC, Pascual del Cioppo , said that the party ratifies its usual position in the face of complaints and investigations in corruption cases in different State institutions as the prefecture of the Guayas.

in line with the legislative block it pronounced the PSC-Wood Guerrero (MG). But he demanded public explanations from the Guayas prefect, Carlos Luis Morales , about the allegations against him, that he turn those responsible over to justice or else that he resign his post.

The document, signed by 16 assembly members , ratifies the position of the caucus that “no one can be above the law, regardless of whether he is a supporter or not.”

“We demand the prefect Carlos Luis Morales Benítez to present the due explanations on the serious facts that are imputed to him and his close circle, or if it is the case, that he give to justice the names of those responsible for said acts. If not, so resign. ”

The State Attorney General’s Office investigates alleged irregularities in the purchase of supplies and food kits made in the current Morales administration, during the health crisis caused by the covid-19 pandemic.

The Prefect said Monday afternoon that there are 17 contracts signed in the emergency and asked the Prosecutor’s Office to investigate.

He reported that he had allegedly suspended 24 officials who were in charge of these procedures and separated another. “I am not going to hide absolutely anything,” he said, without giving more details about the purchases, prices and amounts.

In May 2019 Morales arrived at the Prefecture of the Guayas under Schedule 6 of the PSC, who chose him as a candidate, although he was not a militant of the party. Before, he had been a councilor of Guayaquil for the Democratic Center, but he distanced himself from that movement led by the former, Jimmy Jairala , and he allied himself with the Social Christians.

Her companion as vice-prefect was Susana González , who had been a member of the assembly and councilor of Guayaquil for the PSC-MG alliance.

At 16:00, at the same time that Morales was giving the press conference in the headquarters building of the Prefecture , the communiqué of the PSC-MG legislative bloc that demanded “explanations” was released. And Assemblyman Vicente Taiano wrote on the Twitter account of the prefect @CLMoralesB: “When your credibility and acting as a public official of popular election are seriously questioned for acts of corruption, there is no other way than to stand up and, if you are innocent, hand over those responsible to justice ”.

During the morning, the leader of the PSC and former mayor of Guayaquil, Jaime Nebot , had also removed his support.

Nebot also pointed out that the allegations should be investigated and that he did not believe that the image of the PSC would be affected.

Google pays tribute to the charm of the Galapagos Islands, which turn 42 as a World Heritage Site