Public officials may present declaration of assets until April 6 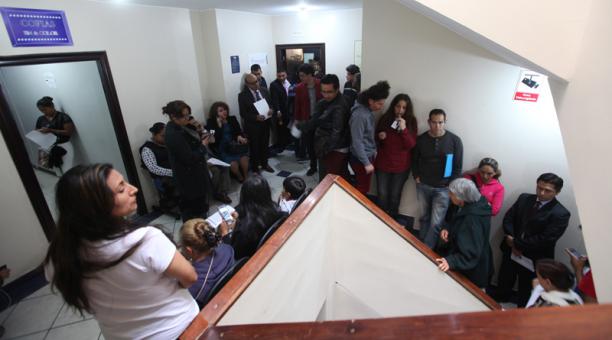 The notaries of Quito received this March 6, 2018, hundreds of public officials seeking to obtain their Sworn Statement of Assets, a requirement to keep their jobs.

The Ministry of Labor clarified on March 6 that public officials will be able to present this document until April 6 and that only those who entered the civil service from September 2017 should do so. The declaration must state that they do not possess assets or capital in tax havens.

The State Portfolio clarified the issue after employees reported receiving communications from the Human Talent areas with the warning that the process had to be completed until March 6 and was an essential requirement to retain the position.

The officials of the public sector carried out this procedure established in the Organic Law for the application of the Popular Consultation held on February 19, 2017.

In that referendum, 54% of Ecuadorians declared in favor of the prohibition of owning goods or capital in tax havens. Those who do not submit the affidavit will be dismissed from office, according to article 8 of that rule.

In the notaries, an extended work was carried out to cover the demand of officials seeking to obtain the declaration. (I)