Putin: The United States is guilty of destabilizing the world with their policies 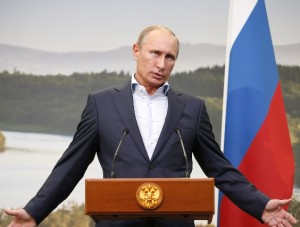 The Russian president has accused the United States of destabilizing the world with its policy of domain and warned that its intention to create a global scheme according to their interests increases the risk of conflicts between the great powers.

In a lecture before political scientists, specialists in Russia, at a discussion forum in the city of Sochi, the Russian president said that “the United States and its allies are fighting the results of their own policies” in countries such as Iraq, Libya and Syria .

“They’re throwing their forces to eliminate the risks they created themselves and they are paying an increasing price,” Putin said, stressing that the world is more insecure by the focus of global policies of Washington.

“Today, the possibility of a number of serious conflicts with the indirect participation of major powers has sharply increased,” he said.

He added that “Ukraine is an example of such conflicts which have influence in the disposition of forces in the world.”