Quito aims at the international circuits of corporate events

The arrival of tennis players Roger Federer and Alexander Zverev to Quito was the beginning of a strategy that aims to place the Ecuadorian capital within the international circuits of sporting events and conventions, recognizes Carla Cárdenas, manager of Quito Tourism. 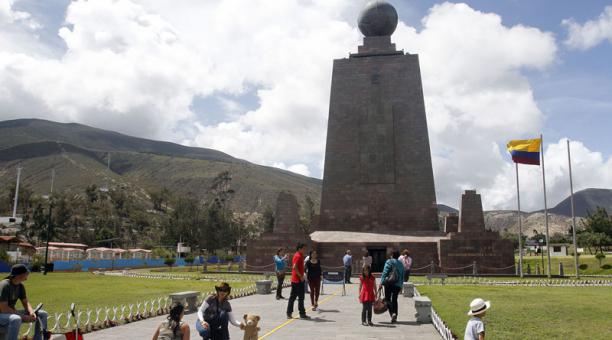 Quito aims at the international circuits of corporate events

“There is a team that is running for the city to bring not only transcendental sporting events, but also international corporate congresses,” he explained.

So far, the International Meeting of the Red Cross, the International Firefighters Congress, and the World Congress of Inclusive Tourism, which has the endorsement of the World Tourism Organization (UNWTO), will be held in February 2020 , with the participation of 400 people.

“The participation of the UNWTO Secretary General, the Georgian Zurab Pololikashvili, is planned there,” he added. Cárdenas also details that they point to the large congresses held by pharmaceutical companies.

“My goal is to bring four million tourists in four years. We focus on meeting tourism, because it has higher average spending and they are repetitive, since a good percentage of them return with their family, ”he explains.

According to the projections of Quito Tourism, it is estimated that in 2019 the capital reached 707 942 visitors, of which 22% corresponds to national tourism (not resident in Quito), while 22% comes from the US, 8 % arrived from Colombia and 5%, from Spain.

For Cárdenas, the arrival of Roger Federer made other sporting events in the city already managed.

“Federer made us dream of bringing Rafael Nadal next year or having an NBA schedule, with whom we have already started contacts,” he says. Among the strategies to promote the capital in the first half of 2020, Quito will have its stand at the International Tourism Fair (Fitur) in Madrid, and will also be at the Anato fairs in Bogotá, ITB in Berlin and WTM Latam in São Paul.

In these events there will be demonstrations of organic chocolate experiences, tall coffee and craft beer. It will also be in the Bird Faird, a specialized birdwatching fair, held in Rutland (England), an event in which Quito has been participating for a decade to show the wealth of the Northwest of the Metropolitan District.

Cárdenas points out that they reached an agreement with the airlines KLM and AirFrance, to exhibit an audiovisual campaign of inspiration of destination similar to the one they developed in Avianca during November, to try to overcome the crisis that the sector faced in October, after the national strike convened by the Conaie.

“They helped us with very affordable rates, so that the cancellations of that month do not materialize and only be delayed for a few days,” Cárdenas added. For Raúl García, president of the Pichincha Chamber of Tourism (Captur), this year does not close with encouraging figures and he hopes for a better promotion.

“We have not yet recovered from the October crisis, it should be aimed at a better international promotion,” he said. García adds that 2019 closes with 55% of unoccupied rooms in hotels and with an increasing level of travel cancellations. “If you are going to bet on convention tourism, you have to improve leisure tourism because both go hand in hand,” he said.

Sentenced for sexual abuse will not work with children