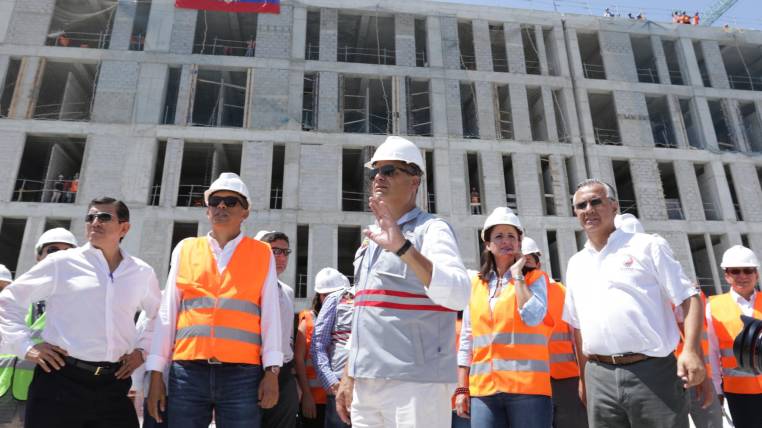 The Ecuadorian Institute of Social Security (IESS) lost money and does not intend to recover it. The law that prompted the former president Rafael Correa to withdraw 40% of the state contribution subtracted 3,500 million dollars from the coffers of the entity. Although the Constitutional Court declared the Correista measure illegal, the Insurance will not claim that money.

In the National Assembly, that position does not please. Representatives of different movements warned that they will demand payment because the Court was clear in saying that the 2015 norm was unconstitutional.

Manolo Rodas, chairman of the Board of the IESS, said – at a press conference on Wednesday – that the Court’s ruling does not speak of retroactivity and, therefore, the 3.5 billion dollars cannot be requested. What it will do, he said, is to ask for payment from 2019. Annually 40% means about 1.2 billion dollars.

Cristina Reyes, assembly member of the Social Christian Party (PSC), does not agree. She believes that the Government should look for a way to pay that and other debts that it has with social security. As a member of the Workers’ Rights Committee of the Assembly, he announced that he will initiate actions to boost payment.

With her coincides the now independent assembly member and president of the Commission of Citizen Participation, Héctor Yépez. He told EXPRESO that this type of illegal measures from the time of Rafael Correa put the IESS in a critical situation. From his legislative table, he also stressed will seek the way for the payment of 3,500 million. With this money, he said, the provision of medicines should be obtained, “pensions worthy of retirement and timely health care.”

Rodas said that, despite the loss of those resources, attention is guaranteed. For him, the important thing is to maintain the sustainability of insurance over time. This is achieved by collecting outstanding but, above all, reducing costs. He announced that he will cut 400 million dollars from the administrative budget for this year.

Also rethinking the social security model in the country. Although he did not advance details, he said that by the next year some changes could be implemented.

Next year, in addition, it will implement a payment schedule of an additional 2,900 million dollars that the State owes to the Insurance. However, he pointed out that only the payment of 1,500 million dollars is clear. The 1.4 billion could also be forgotten. (I)

The Assange asylum reinforced: his communications with the outside are suspended