Rafael Correa has less than a month left with a presidential escort; a Defense report could expand it 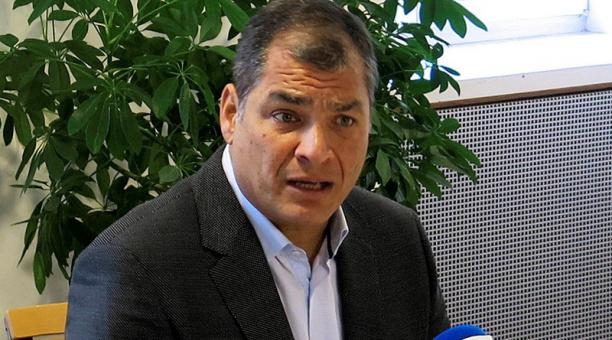 The Ecuadorian State pays the security of former President of Ecuador Rafael Correa thanks to a decree that he himself signed on May 3, 2017 so that the former presidents enjoyed presidential protection for one year after his administration.

This term will end on May 24, 2018; however, it could be extended or shortened with a risk report that should be prepared by the Ministry of Defense.

The Decree of May 3 is number 1 369 and states that the presidents, their children and spouses will have personal security for a year “if necessary.” The provision allows Correa, his wife and their three children to have a protection and security service.

The document argued that “it is the duty of the State to offer a security scheme to former presidents and former vice presidents”, in order to “ensure an adequate transition to their personal and family life”.

Correa currently resides in Belgium, where he traveled after leaving office. The Decree stated that it is the State’s task “to provide, if necessary, protection and security for former Presidents and former Vice Presidents of the Republic, their spouses and children, for periods of: one year and six months respectively, the terms may be shortened or Extend on the basis of the risk report that will be compulsorily prepared for the purpose “.

Correa considered, before leaving the Head of State, that “it is necessary to adjust the system of Integral Security of the Presidency of the Republic that tends to guarantee in an appropriate way the protection and protection of the first presidents and the main authorities of the country. “, Reads the document, which is a reform to Decree 418 of July 2010.

Decree 418, in force until before Correa left power, did not contemplate that option. It only established the merger of the Presidential Military House and the Presidential Air Transport Squadron, which were in charge before the task. As well as a list of attributions and responsibilities of the then new Protection Service.

As ordered by Correa in May 2017, the Coordinating Minister for Security (which was eliminated by President Lenin Moreno) and the Minister of Defense “will be responsible for the execution” of Decree 1369. State entities have not ruled on an eventual extension of this service to the former president. (I)