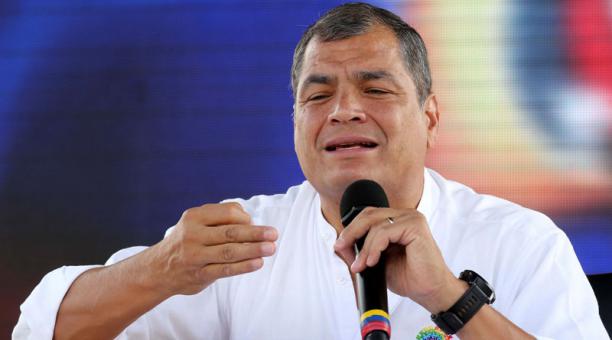 President Rafael Correa ordered the termination of the contract with the Russian company Inter Rao, which is involved in the construction of the Toachi Pilaton hydroelectric plant, located in the provinces of Pichincha, Santo Domingo de los Tsachilas and Cotopaxi. This was indicated in the Weekly Address No. 505 last Saturday December 17, 2016. “The Russian company Inter Rao and has not fulfilled the contract and I have ordered the unilateral termination of the contract,” said the President.

The President recognized that the work is delayed. “They offered the first central. There are two: Sarapullo for December.” The 254.40 megawatt (MW) project harnesses the potential of the Toachi and Pilaton rivers. According to the website of the Ministry of Electricity and Renewable Energy, the work has an advance of 92.90%, to August this year. The project includes two cascading uses: Pilaton-Sarapullo and Toachi-Alluriquin. The first will capture the water of the Pilaton river in a small dam and will be transported by a tunnel of 5.9 kilometers to move three turbines of 16.3 MW.