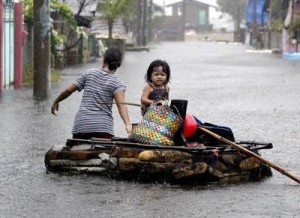 The death toll on Philippines increased after a month of heavy rains. The number of victims rose to 71. Meanwhile the weather office warned this Tuesday that more flooding and mudslides could harm more people.

Fishermen of the north and centre of the country were advised not leave the sea since the waves near the shore could turn their vessels. The National Agency of Disasters reported that 23 people are missing due to the floods and maritime accidents.

The damages to the agricultural and the infrastructure reached the $40 million dollars; however the rains have spared rice and corn fields in the north and west of the country.

Over 80 provinces of the country, especially in the south and centre, are flooded since the last days of December.