Rajoy will represent Spain at the investiture of Varela 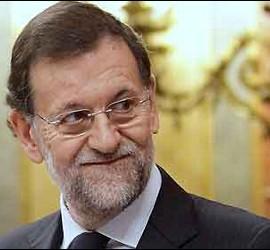 Spanish media reported that after his proclamation as king, on 19 June, this will not continue to be so.

This will also be the first trip to Panama for Rajoy, after the conflict between the Spanish construction company Sacyr and the authorities of the Panama Canal for allegedly excess cost in the works.

Military intervention in Ukraine is discarded by Putin