Referendum Contradicts itself With the Proposal Made by PAIS 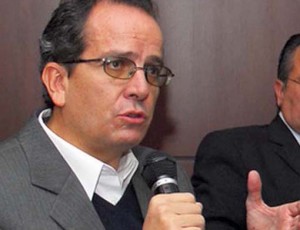 A document that ”Movimiento País” handed out to the disappeared Supreme Electoral Tribunal (TSE),four years ago, established five axes to execute the named Citizen Revolution. Among them one axis was “Constitutional and Democratic Revolution” that finally resulted in a Constituent Assembly.

One of the most urgent political reforms set out in the document was the “independence and responsibility between the functions of the state”, which involved a goal, “anindependent judiciary function, not driven by political parties, even less by economic groups … For a legislative function which recovers the ability to legislate, oversee, and represent the interests of the people getting apart of the reach of power groups and parties linked to the oligarchic power. For the creation of an electoral justice instance and avoid the direct representation of judges and any political party.”

To achieve this, according to the text, “Movimiento País” planned to achieve the “separation between law and politics, with the aim for the law not to be a tool of politics” and achieve “the political independence of administrative, financial and economic areas.”

Two of the ideologists of the original document, former ministers Alberto Acosta and Gustavo Larrea, argue that the proposal of the Ecuadorian president Rafael Correaof creating a referendum to make amendments into the Constitution has an objective: “insert a hand into justice” and, therefore, he is failing with his campaign proposal.