Rejection of business owners to the inheritance and capital gains bills 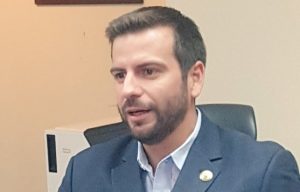 Businessmen and analysts question the announcements of President Rafael Correa during his last report to the nation.

They reject the intention to send, again the bills of inheritance and capital gains to the assembly.

For the President of the Chamber of Commerce of Guayaquil Pablo Arosemena, the report to the nation reminded him that the government keeps economic policies away from which -he said- the private sector needs to overcome the crisis.

At the end of the report, assembly members of the ruling party, like Virgilio Hernandez, indicated that those bills may include changes, but everything will have to be analyzed.

Traders: Laws are a disincentive for investment