Roberto Gilbert Febres-Cordero: “Guayaquil was transformed and is the most progressive city.” 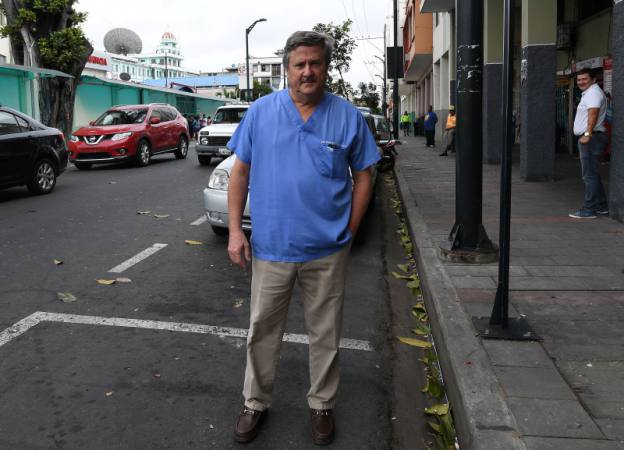 The corner of Guayaquil that brings more happy memories to this renowned surgeon, councilman, and sports director Roberto Gilbert Febres-Cordero is the Banife alley (Padre Aguirre and Baquerizo Moreno streets). As a kid, he would play and ride his bicycle with his ‘gang.’

That improvised court is now a regenerated area and houses a parking lot that divides the northern municipal market and the Guayaquil clinic, the hospital center his grandfather founded.
Gilbert, 66, explains that in that sector he learned about friendship, to share and to serve those who had less.

“I was born and lived until the age of 14 on the top floor of the Guayaquil clinic (Padre Aguirre and Cordova streets), my friends were humble children who sometimes played without shoes,” he says.

And although medical activities occupy most of his time, this personality assures to be proud of his last 17 years as a city councilman, as he claims to have witnessed the change experienced by the Pearl of the Pacific.
“Leon Febres-Cordero laid the foundations, and Jaime Nebot took care of the rest, Guayaquil is the most progressive city in the country, I remember to see piles of garbage on the streets before urban regeneration arrived,” says Gilbert Febres-Cordero. (I)