Rosalía Arteaga: “the fact that Correa appears as the leader of the opposition is not good for the country.” 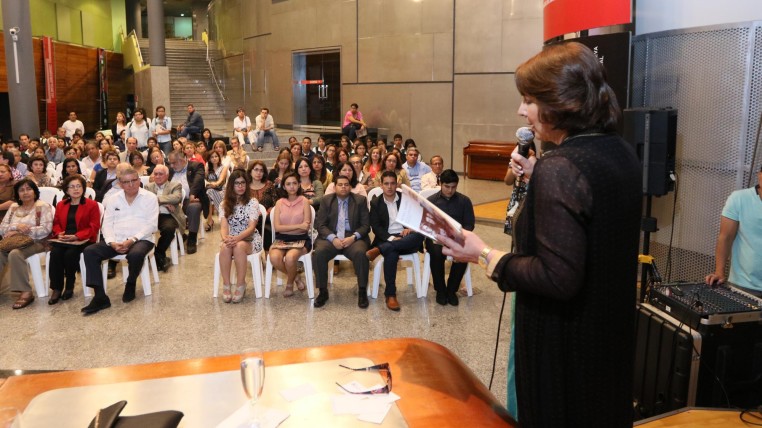 Rosalía Arteaga, a Law Doctor, was Vice-President of Ecuador between 1996-1998. Shel held that position for five months during the government of Abdalá Bucaram and later during the interim government of Fabián Alarcón. She was deprived of her right to assume the Presidency.

Q: What is your impression regarding the events in the country?

A: President Lenin Moreno has acted according to what the Constitution allows him to do by stripping Vice President Jorge Glas of his duties. He can not dismiss him because he was elected by the people and only the Legislature has that power. At first, I thought he did it because of the suspicions of corruption, but when I heard his statements about he took that decision because of a rude letter written by Glas, I worried.

Q: Does not the fact that there is suspicion of corruption against him is not enough reason?

A: From the electoral campaign it was said that Lenin Moreno did not see with good eyes the candidacy of Jorge Glas by suspicions of corruption. Now, those audios in which the vice president is mentioned are enough to take his duties away. I have recommended to the President to change his economic team if he wants to make changes in the country. On the other hand, I have suggested the resignation of the vice president.

Q: The biggest suspicions are against Jorge Glas.

A: He managed the strategic sectors during the previous government. And it is in this environment that the allegations of corruption that have to do with the management of the oil issue, the hydroelectric plants, the Chinese contracts begin. The least that can be done by the president is to ask his vice president what is happening, what is behind all these series of information. And he must submit evidence.

Q: What is your opinion of the opposition?

A: I am concerned that the same party is in favor of the government and the opposition. At this time, the main opponent of the regime of Lenin Moreno is Rafael Correa through Twitter. I am concerned that there is not a more coherent, more cohesive opposition that does not have a strong leadership. For democracy to live, there must be opposition. Someone said that if there is no opposition it must be created so that democracy is healthy. I do not see that opposition here and that is why we can have serious consequences. Correa is who now appears as the leader of the opposition and that is not good for the Ecuadorian democracy. (I)

Barcelona SC, the executioner of the Brazilians in Copa Libertadores

President Lenin Moreno calls for dialogue in Venezuela and “not to spill one more drop of blood.”