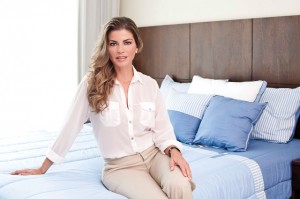 Guayaquil enterpreneur and TV hostess Rosanna Quirolo was chosen to be the hostess of “Shopping in Miami,” a space that will be presented on July 20.

“I was given the opportunity because the producer of this program met me at the Madrid Fashion Week in February 2015. A few days later they made me the proposal. I really did not expect it,” Queirolo said.

The program will air on Casa Club once a week for a full season of 13 episodes. “And it is about lifestyle, a woman who likes to dress well, eat healthy and exercise, I teach them how to do it,” says Queirolo.

Latin American Encounter on intercultural dance is held in Quito