Santos warns FARC that attacks could end the peace process

After that last Monday an attack by the Revolutionary Armed Forces of Colombia (FARC), caused a blackout in Buenaventura, which so far remains without power, Colombian President Juan Manuel Santos warned the guerrillas that such attacks could end the current peace process. Buenaventura is Colombia’s main port on the Pacific.

“You continue with that, you are playing with fire and this process can end,” said the representative from the town of Palmira in the department of Valle del Cauca, in the southwest of the country.

Santos called the action -which has left 400,000 inhabitants of Buenaventura without power- as “insane” and “a totally reprehensible terrorist act.”

Santos was re-elected president last June, promising the continuation of the peace talks held by the Colombian government and the FARC in Havana since November 2012. However, the parties have not agreed on the ceasefire. 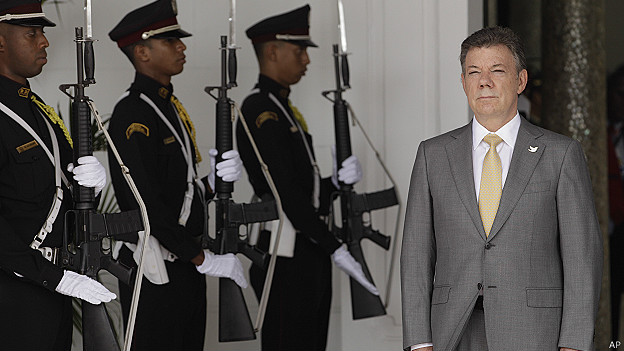 “You are playing with fire and this process can end,” said president Santos.