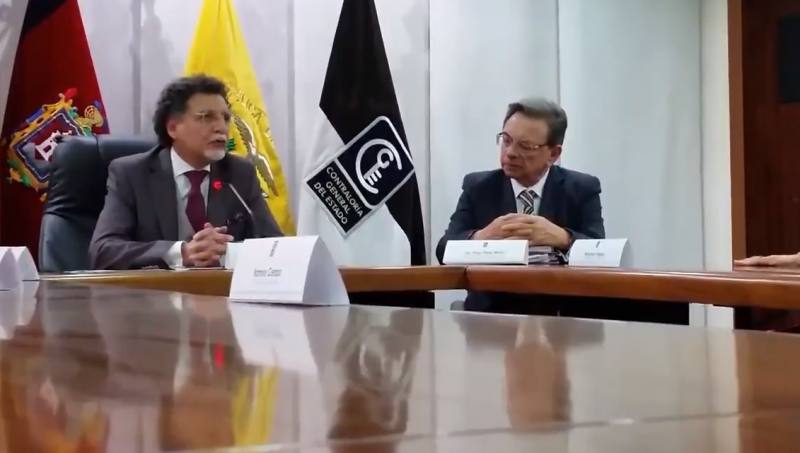 The Comptroller General of the State issued the second report with criminal responsibility against former President Rafael Correa, on the issue of public indebtedness. Comptroller Pablo Celi announced on Monday that this agency found evidence of criminal liability against Correa and several officials, including former finance and economy ministers, ex-managers of the Central Bank, former secretary of Development and Planning, among others.

The examination is done around between $ 1,700 million and $ 2,300 million Treasury Certificates (Cetes) placed by the Ministry of Finance between January 2016 and December 2017.

Celi explained that the examination established that before the issuance of Executive Decree 1218 – already observed in the previous debt report – five placements were made without considering approval requirements as the approval of the Debt Committee and the registration of the securities as part of debt statistics. In addition, segments of Cetes were issued with terms greater than 365 days and others were used to pay bonds and others to pay debts with universities and sectional governments, which is not the objective of this type of paper.

In addition, three months after at least eleven recommendations were issued by the Comptroller on the first debt report, which also obtained criminal liability against Correa and other officials, the comptroller said that an examination will be initiated to evaluate compliance with the said suggestions. Among them, it was transparent the debt figures, create a bill to eliminate the decree 1218 that changed the rules to account for the debt, incorporate oil presales to statistics and others.

Celi also said that the results of the report will be examined with indications of criminal responsibility for debt that was given to the Office of the Prosecutor.

The comptroller also warned that other indebtedness tests are underway. Two of them refer to the hiring of lawyers, banks and financial agents linked to the contracting of public debt and another examination of operations with Goldman Sachs.

Both exams are advanced, while there are three others in progress. The latter deal with analysis of dation operations in payment to the Central Bank with shares of the Public Bank, as well as an examination of entry, registration and use of oil pre-sales contracts. (I)