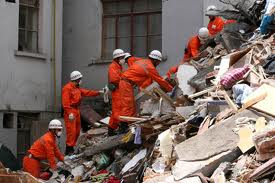 Last Thursday a strong seism affected the northeast of Myanmar, Burma. The quake claimed 74 lives, however authorities believe that this number could grow in the upcoming days, since the search and rescue teams begin to scout the remote locations.

The seism was felt in the Thailand capital of Bangkok and Hanoi, the Vietnamese capital. The natural phenomena had a magnitude of 6,8 in the Richter scale; the earth movement did not generate a seaquake. Meanwhile the state radio informed that 111 people were injured during the quake, the media added that 390 homes, 14 Buddhist monasteries, and nine government buildings were damaged.

The quake occurred near the borders of Myanmar, Thailand, and Laos, at 110 kilometers from the north city of Chiang Rai. An official of the World Food Program of the UN informed that there were several casualties and damages in the village of Mong Li, which is located near the border of Thailand. The government newspaper of Myanmar informed that 15 houses in Tarlay collapsed and 11 people died.

Meanwhile, in the city of Chiang Rai several buildings were quartered after the seism. As a precaution the Thai government installed a help center in Mae Sai. The governor of the province of Chiang Rai, Somchai Hatayatani, informed that hundreds of people suffered minor injuries.