Serrano gives orders from his phone 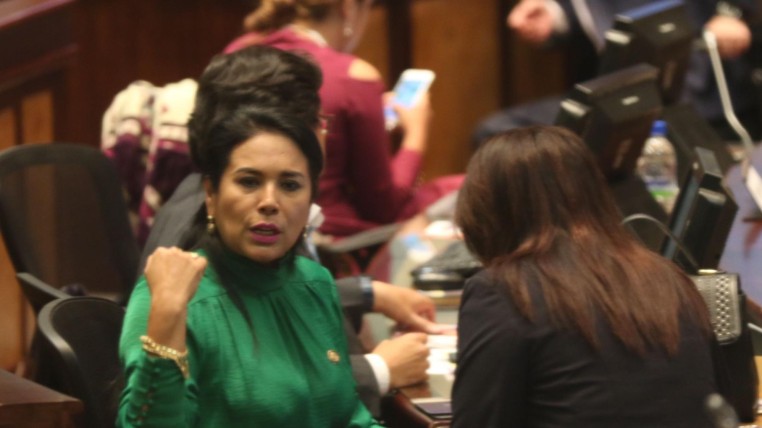 They are required for something as simple as raising their hands and yet they do it wrong. Yesterday, at the plenary session of the Legislature, a routine vote of predictable results took place. The Alianza PAIS legislators had to vote Yes: it was easy. Inexplicably, five of them abstained. Nothing that a child-like reprimand, a telephone call from a competent authority and a parliamentary procedure properly applied could not correct. In the end, they returned to vote and won, but they made evident the poor quality of their legislators.

Representatives of the Legislative Power were elected to join the Selection Commission, in charge of selecting the members of the National Electoral Council (CNE).

At the end of the vote, the protagonists of the story were surrounded massively by the press microphones. What happened? Why did they change their vote at the last minute? The most real or naive answer came, as usual, from Jorge Yunda: a telephone call from President of the Legislature Jose Serrano convinced him. It is clear that he maintains the unity of the bloc. But there was obviously a problem: the refusal of legislator Marcela Aguiñaga.

How should we vote?
Euphemistic and well adjusted
For Augusto Espinosa (AP legislator), an expert in euphemisms, the differences in his bloc are not such. They are, just, “a mismatch.” His mind was rambling in the Andromeda nebula during the vote. What did he do? He adjusted: “I accepted the opinion of the majority.” Easy. (I)

Imports increased by 22% in eight months