“Star Wars: Episode VII”, the next installment of the film franchise of Star Wars began filming 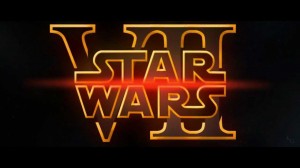 The Twitter account of Bad Robot, the company’s director JJ Abrams, published a photo of the count of the highly anticipated movie that has “# DayOne”.

Veteran actors from the first delivery, with Harrison Ford in the lead, star in this sequel to be shot at Pinewood Studios in London and Abu Dhabi, in the Arabian desert.

The film will be released worlwide on 18 December 2015.

They will be accompanied by actors John Boyega (“Attack the Block”), Daisy Ridley (“Blue Season”), Andy Serkis (“The Hobbit”), Domhnall Gleeson (“Harry Potter and the Deathly Hallows), veteran Max von Sydow and Adam Driver, best known on television as the boyfriend of Lena Dunham on the comedy “Girls”.

The Guatemaltecan Oscar Isaac, who this year was nominated for Best Actor for “Inside Llewyn Davis” of the  Joel and Ethan Cohen brothers, completed the deal.

The new chapter is set some 30 years after “The Star Wars: Episode VI – Return of the Jedi,” released in 1983, but little is known about the plot.

“We started to film in a couple of weeks and everyone is giving their best so the fans will be happy,” said Abrams two weeks ago.

The director also wrote the script with Lawrence Kasdan.

The two trilogies in the series, created by American director George Lucas on the events of a fictional galaxy in a unspecified time , raised more than 4,400 million worldwide.

In 2012, Disney bought the franchise to Lucasfilm, Lucas’s production company, and announced that the seventh episode will mark the beginning of the third trilogy.