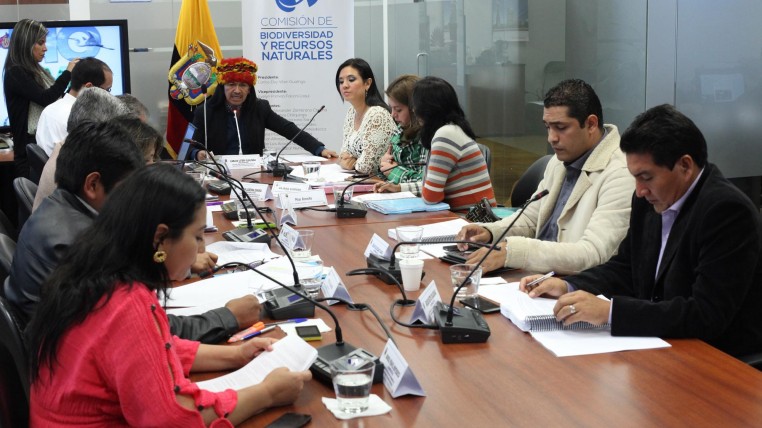 It’s time to scrutinize. The Biodiversity Commission of the National Assembly investigates a new edge in the chain of corruption in the oil sector.
This board found two new novelties after reviewing the semiannual reports delivered by the Government to verify the correct resource exploitation in the Yasuni National Park. This agreement is part of the Declaration of National Interest the Assembly made in 2014.
The first is that the former Secretary of Hydrocarbons Ivonne Fabara paid almost a million dollars to make a previously informed consultation in the Aguarico County, in the Orellana province.
The second is that the Azul company, which participated in the repowering of the Esmeraldas refinery, also builds the boarding area in Port Miranda, located in block 43.
Both cases are mentioned in the Panama Papers and the report of the Justice Commission on that subject.

Pamela Falconi, Alianza PAIS legislator and a member of the board of Biodiversity, told Daily Expreso that “the former official paid $ 921,000 for a prior consultation with 3,233 people. There is no information concerning that payment, the amounts, and the locations. Nor is it known how the dissemination and the monitoring were conducted.”

According to her, in the second case, it is analyzed who hired the Azul company for the construction works in block 43. “William Philips is the owner of the Azul company. We are investigating whether that company was also contracted for the installations in block 31,” she emphasized.