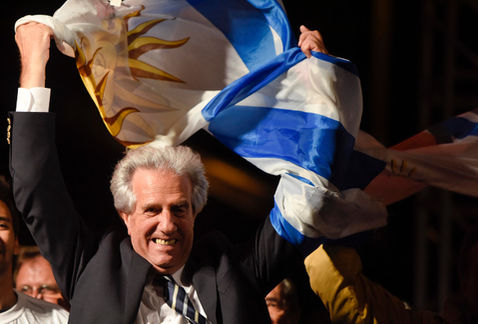 The leftist candidate of the Frente Amplio party, Tabaré Vázquez won the presidential election held on Sunday, November 30 in Uruguay with 1,226,105 votes, nearly 300,000 more than his rival from the National or “White” Party, Luis Lacalle Pou, who achieved 939,074 votes.

According to official figures from the Electoral Court released this December 1, after being scrutinized the totality of the 6948 electoral colleges, 2,321,230 Uruguayans of a total of 2,620,791 went to the polls.

Although the Electoral Court is limited to disseminate figures and percentages of voting, the winning formula Raúl Sendic and Vázquez obtained 53.6% of popular support, while the one of de Lacalle Pou and Jorge Larrañaga attracted 41.1%.