BREAKING NEWS
Auschwitz survivor found refuge in Ecuador
Five Ecuadorian films will seek to make history in the Platinum Awards
Entrepreneurs: “Tourism and Health must show the plan to follow”
Country risk grows due to market perception and coronavirus
Ecuadorian residents in China don’t appear to be infected
The local sale of flowers is in the hands of small businesses
Coronavirus: Ministry of Health studies a possible case in a Chinese citizen
Ecuadorian ‘Schindlers’ who saved dozens of Jews
Authorities find illegal sea cucumber camp in Galapagos
Holding Santa Ana announces the purchase of more shares of Industrias Ales 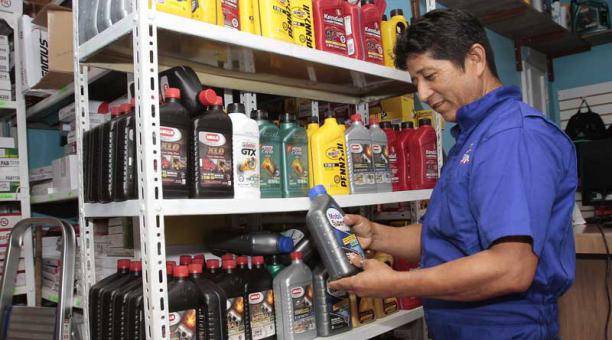 The unions of the automotive sector and workers are participants in an eventual targeting of the subsidies that each year the State allocates to fuels.

The Ecuadorian Confederation of Workers’ Unitary Class Organizations (Cedout) pointed out that a focus of the measure requires a “serious study”. “We demand the application of a principle of social justice to focus these subsidies, where the wealthy classes, large factories and large companies in the country pay the fair price of gas, diesel and other fuels,” said Messiah Tatamuez, president of Cedocut , through a statement sent yesterday.

The union emphasized that it will not support the elimination of these state subsidies, since such a decision will raise the costs of products and services. On Monday, the finance minister, Richard Martinez, went to the Economic Development Commission of the Assembly to explain the veto to the Law of Productive Development.

After his appearance, the official insisted that some state subsidies are “extremely inefficient.” The Minister indicated that an eventual targeting of these subsidies is a topic under analysis and that there is no decision taken. “There are subsidies that are extremely inefficient. In any scenario we are going to make sure that the people who have less, that the most vulnerable classes are not harmed by a decision of economic policy, “he said.

The Finance Minister gave as an example the subsidies for fuels, which should not benefit owners of high-end vehicles. The Association of Automotive Companies of Ecuador (Aeade) agrees that the Government analyze this measure. According to Genaro Baldeón, owner of this union, the money that the State spends in subsidizing fuels should be allocated to other social initiatives.

“It is necessary for the Government to take targeting actions, with caution on the most vulnerable segments.” Baldeón emphasized that in other countries measures are being applied to limit these policies.

“In developed countries it does not subsidize, taxes are applied,” he said. The executive stressed that these state aids are a “serious limitation” for access to more efficient technologies. In this year’s Budget, the Government programmed USD 3 470 million for subsidies, especially fuels.

In fact, 49.1%; that is, some USD 1 707 million will go to derivatives such as gasoline, diesel and domestic gas (see graph). According to figures from the Central Bank, the figure disbursed for this concept between January and May 2018 increased by USD 308.7 million in relation to the amount spent in the same period of 2017. This represents 71% growth. (I)

Chancellor receives IACHR team for the case of murdered journalists

Entrepreneurs: "Tourism and Health must show the plan to follow"