Teak and balsa investments knocked down by the winds 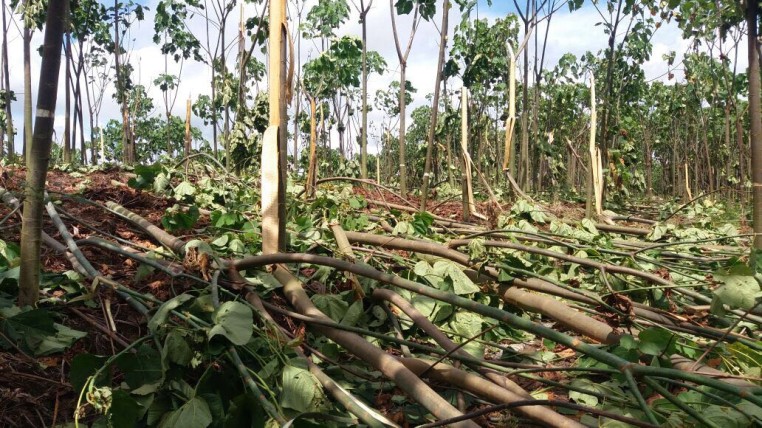 The teak and balsa plantations of 80% of the members of the Ecuadorian Association of Producers of Teak and Tropical Timber (Asoteca) have been affected by the strong winds recorded in the coast, reported Xavier Elizalde, executive director of the organization.

According to Elizalde, these winds are atypical and could be attributed to the effects of the climate change, since these are more intense compared to previous years. The strong air currents cause considerable damages in young trees, to the point that they can leave them totally damaged, crooked, broken or vulnerable.